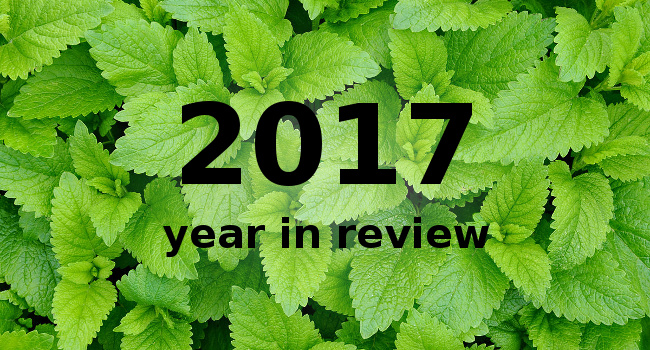 The growth of the vegan movement in Australia continued strongly in 2017.

Thanks to your active participation, veganism is being advocated on the streets, in the media and on billboards, as well as in the horrific slaughterhouses and the filthy sheds. There have been a record number of animal rights and vegan events, including vegan festivals in nearly all major cities, plant based nutrition seminars, vegan education events and vegan outreach, all organised by a record number of groups and individuals.

Below are a few of the highlights of 2017 that show how the vegan movement has been growing and how veganism is becoming more mainstream, acceptable and convenient.

There are now more and more vegan films being released, and even a feature length vegan comedy. In the last year we have seen What the Health, Carnage, Okja, The Last Pig and Food Choices. And coming up in the next year is Dominion, the followup to Lucent by Australian filmmaker and animal activist Chris Delforce, Eating Animals based on the book of the same name, The Game Changers, directed by James Cameron, The Invisible Vegan and Taking Note, about vegans in the music industry.

Billionaires are now putting their money into developing the post-animal bioeconomy! People like Richard Branson and Bill Gates and organisations like Google are backing plant-based companies such as Beyond Meat and Impossible Foods. According to research group Euromonitor International "plant based protein alternatives are no longer just a niche product but rather something that is going mainstream". In Australia, meat substitutes are now cheaper per kilo than equivalent animal products.

The goal of these new companies is to develop products to satisfy the world's growing demand for meat, especially in markets like India and China.

The National Dietary Guidelines from more and more countries now clearly state that a vegan diet is healthy and suitable for all stages of life. It is now well accepted that humans can be healthy on a plant-only diet.

We have also seen a huge rise in the number of vegan health practitioners in Australia, with over 50 now listed on the Vegan Australia website. These practitioners not only support vegans but are vegan themselves.

There are now a large number of sanctuaries for rescued farmed animals. One of the earliest of these is Edgar's Mission, which started with Edgar Alan Pig a little over 10 years ago. There are now almost 40 listed on Vegan Australia's list of farmed animal sanctuaries. All of these promote the principles of veganism.

From vegan sausage sizzles at Bunnings to the yearly vegan festivals in most capital cities, the number of events listed by Vegan Australia has increased by about 40% this year. A recent trend is monthly vegan markets in Brisbane, Sydney and Melbourne. There was also the first World Vegan Day Lunch held at Parliament House in Canberra. Next year we will see new conferences such as the Plant-Powered Women Leadership Conference as well as a roundtable looking at the link between animal abuse, domestic violence and child abuse.

The Cube of Truth, Save Poppy and the Animal Activist Collective are some of the organisations now taking the vegan message to the streets to directly show the public the horrors of the animal industries and show them how they can go vegan. The Cube of Truth originated in Melbourne less than two years ago and began in Sydney less than a year ago. There are now over 250 worldwide events coming up in the next few weeks alone.

This year Vegan Australia continued to promote veganism by maintaining an active news service (publishing over 80 news articles on a wide range of topics), by using the media to speak to the public, by making submissions to government enquiries, by maintaining a strong presence on social media (with a doubling of Facebook followers over the year to 25,000), by listing a record 3,200 animal rights and vegan events around Australia. Vegan Australia also campaigned for mandatory cancer warning labels for processed meats. We will continue with these and other activities in the new year.

For their wonderfully professional and creative work, Vegan Australia would like to sincerely thank our dedicated volunteers. Our growth this year could not have happened without you. Thank you! :) And if you would like to help out, please see our volunteer page

Vegan Australia is solely funded by our supporters and donations from the public. With your generous contribution, you can become a vital part of Vegan Australia's work to promote veganism through our research, education, outreach and campaigns. Thank you for making the world a better place for all beings.

2017 is a good indication that the vegan movement is gaining widespread recognition. Let us continue until every animal is free. We wish you all the best for a happy festive season and we'll see you in 2018!