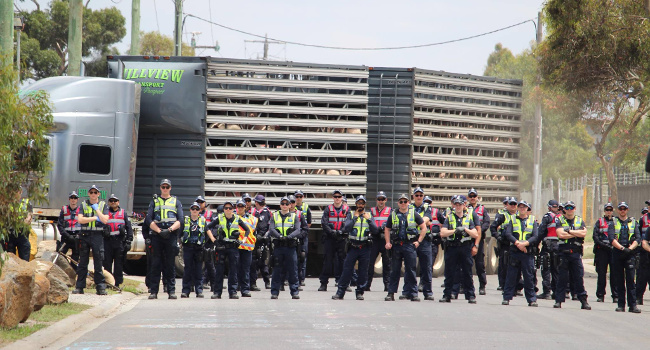 Animal Liberation Victoria (ALV) is now into the fourth day of an 'Animal Justice Camp' outside one of Australia's largest pig slaughterhouses, Diamond Valley Pork (DVP) in Thomas Road, Laverton North. Over two hundred activists from around Australia have attended and many are fasting and camping out the front of the facility to draw attention to the suffering inherent in the industry.

Two years ago undercover footage taken inside the DVP gas chambers shocked the world and exposed routine 'humane slaughter' practices, which cause pigs to suffer violently in their final moments (viewable at pigtruth.com). DVP has the capacity to kill 2500 pigs daily.

In the past 3 days, the police have been out in force trying to prevent activists from stopping trucks and documenting their condition. Over 120 police, riot police and mounted police have been on duty around the clock forming lines and barriers to try and keep activists away. One young female activist was hospitalised after being thrown onto the concrete by riot police.

ALV founder Patty Mark is living in a van outside the slaughterhouse and is fasting for the entire 5 days. She is joined by internationally acclaimed speaker James Aspey, who took a vow of silence for 365 days in 2014 to draw attention to animal cruelty, and whose videos have been viewed by tens of millions of people.

Ms Mark said: "Day 4 of not eating and I'm feeling a little weak but more determined to finish this fast. I am beyond inspired by the many people here for these doomed pigs. We are in solidarity for these terrified and intelligent creatures about to be brutally gassed and slaughtered, only to be a dead centrepiece on someone's Christmas table. This is not peace and goodwill to all."

"DVP have been sounding their sirens during the night to prevent activists from sleeping, and have opened water tanks at our marquee to try and flood us out, this along with the heavy police presence for peaceful non-violent activists."

Mr Aspey said: "We're on day 4 of camping and fasting outside the slaughterhouse while bearing witness to the trucks filled with animals on their way to execution. We stop the trucks for a couple of minutes so we can take footage and help the world connect with the animals they love and the food they eat. Violence against animals is so normal that the murder of over one billion sentient beings every week isn't deemed news worthy, so we have had to do something extra to bring attention to these defenceless and innocent beings."

"The riot police definitely are paying attention and have been here every day to assist the trucks in escorting their victims to the kill floor. Just because something is legal and has been going on for a long time does not make it right. We are here to add our contribution towards changing things and making this world a less violent, more peaceful place."

Photos from the Animal Justice Camp 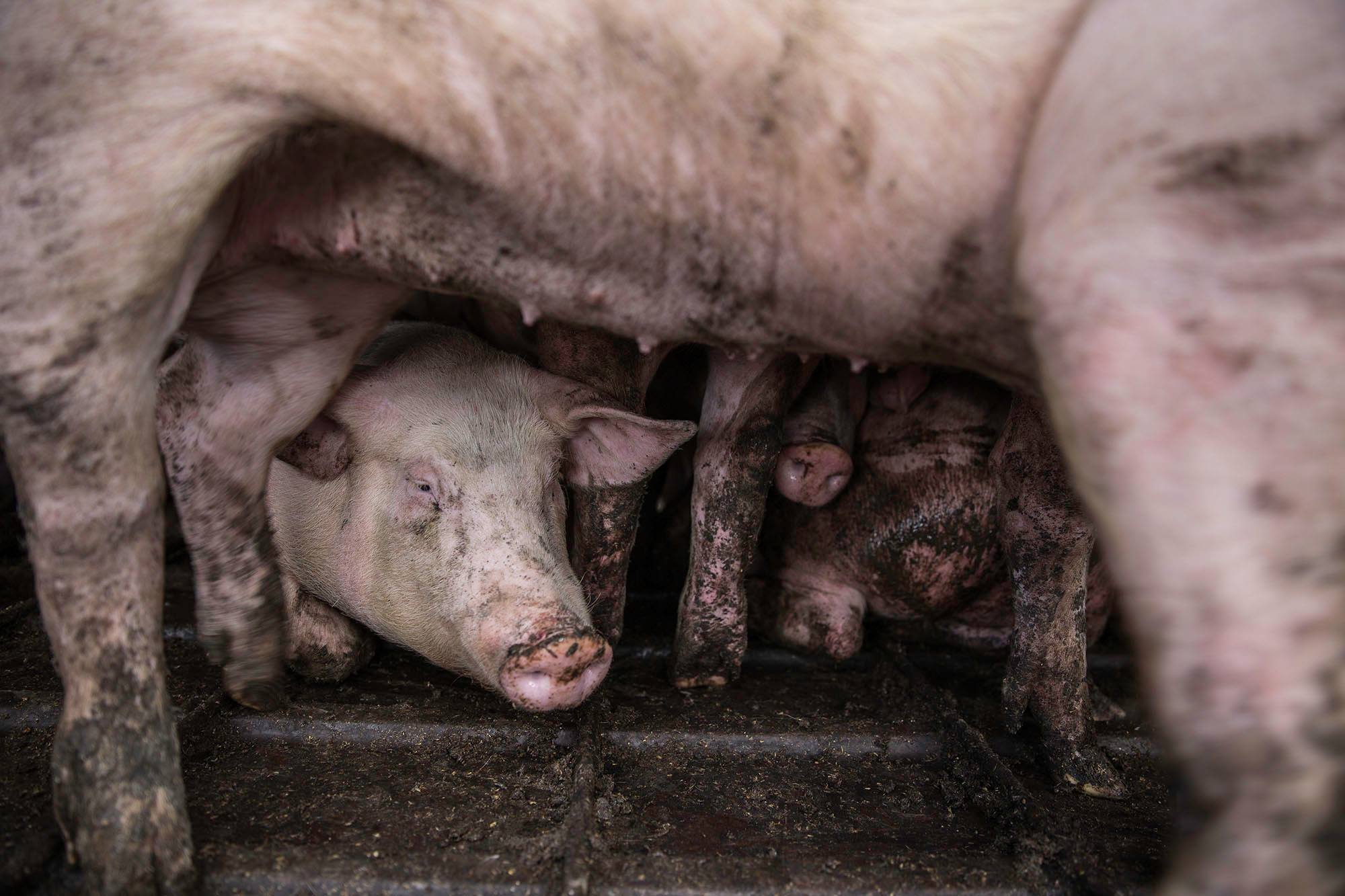 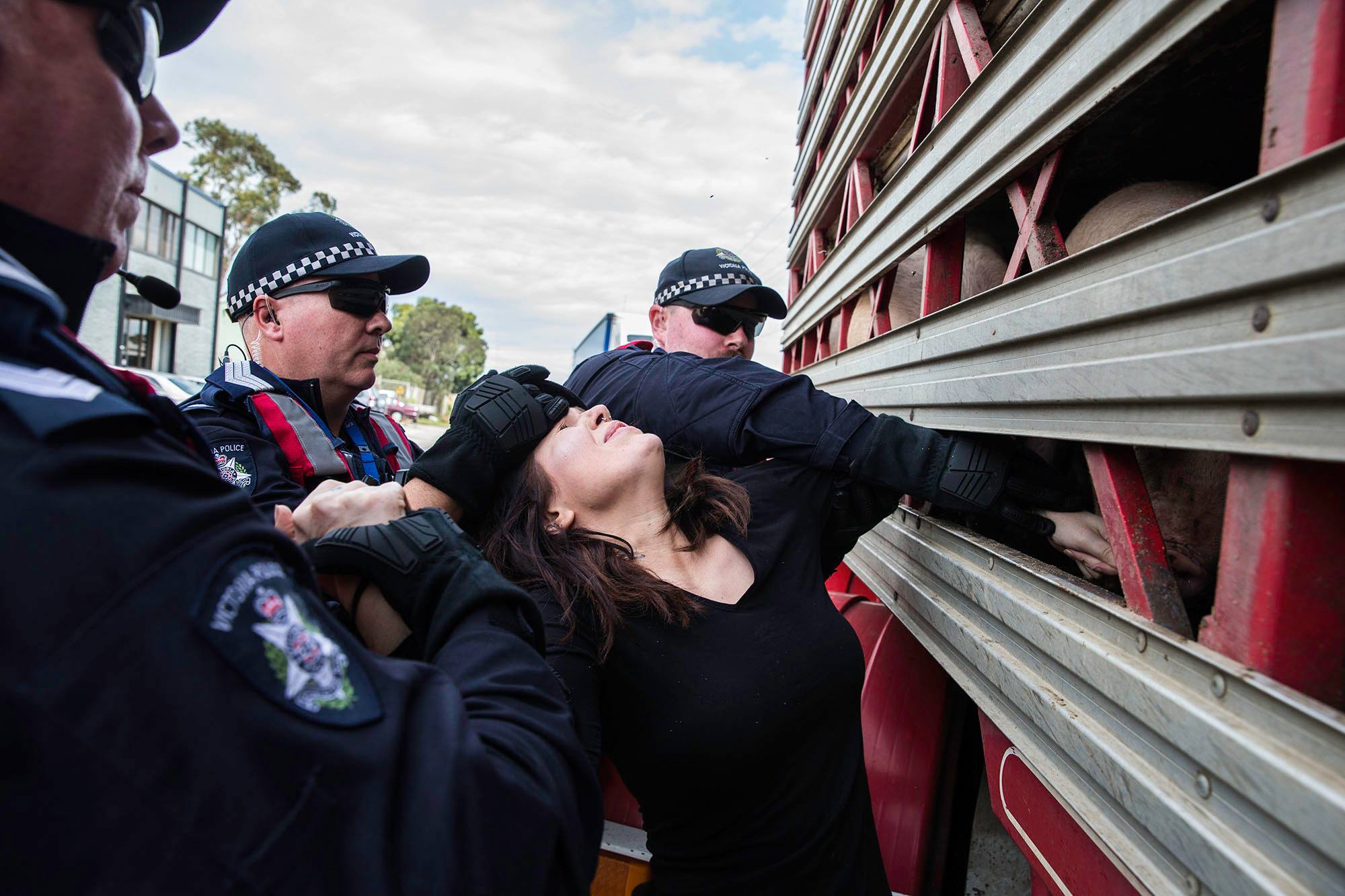 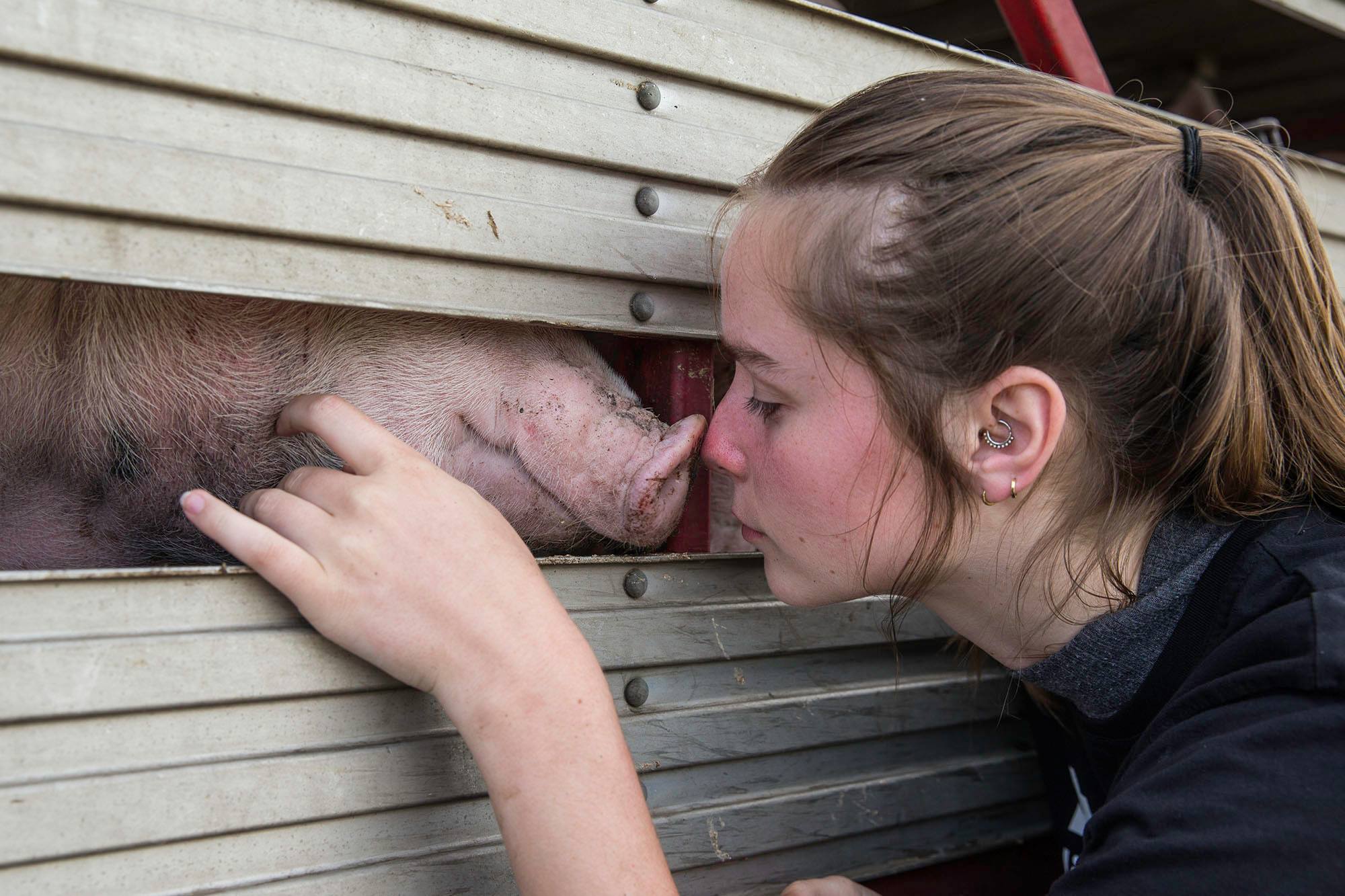 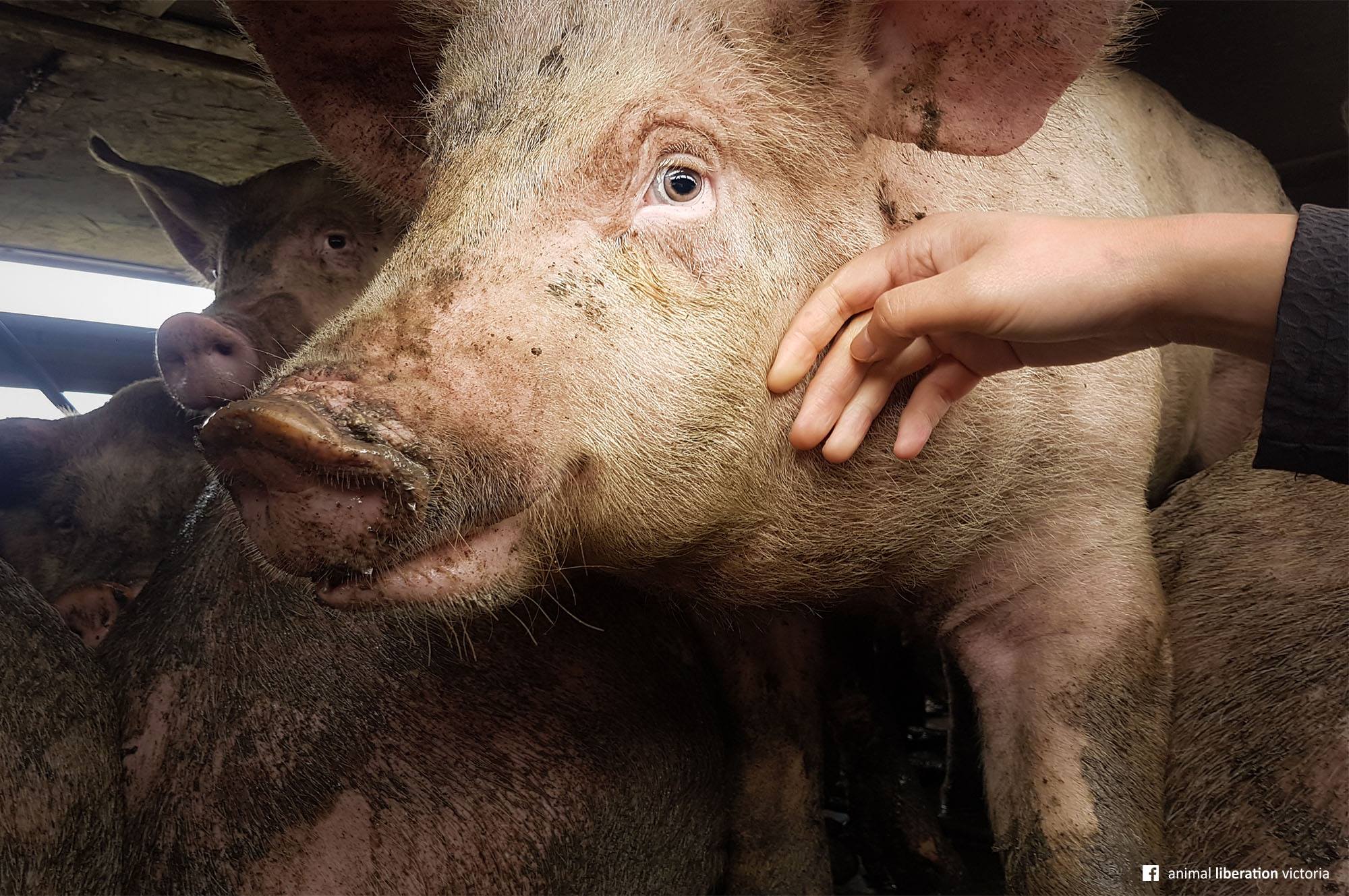