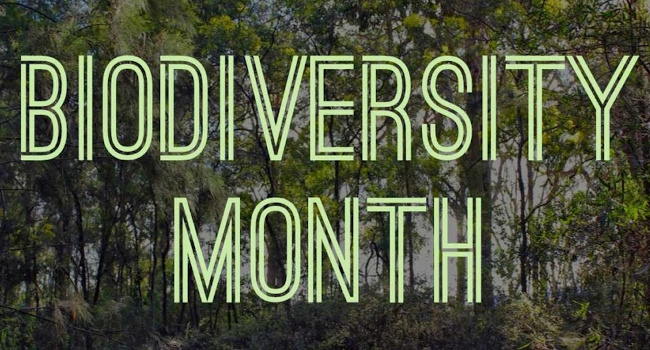 National Biodiversity Month is held in September each year to promote the importance of protecting biodiversity in Australia and the world. It is a time to stop and appreciate the web of life that surrounds and sustains us, and to think about what we can do to reduce our environmental impact.

One of the main causes of biodiversity loss in Australia is the relentless clearing of land for animal farming, both past and continuing.

A staggering 95% of farmland in Australia is used by the animal agriculture industry, either for grazing farmed animals directly or growing food for them. All of this land has been damaged in some way and its ability to support the native plants and animals has been reduced or eliminated.

A recent major UN environmental report found that around one million species are currently at risk of extinction. The report puts much of the blame for this loss of biodiversity on animal agriculture, saying that the meat industry has a "particularly heavy impact" along with overfishing of the oceans. Another study has found that animal agriculture is the leading cause of global species loss. This is mainly due to land being cleared for grazing cattle. Locally, over half of the Australian continent is used for animal agriculture and, according to the CSIRO and the University of Queensland, a massive 92% of all land degradation in Australia is caused by animal agriculture.

To restore the health of biodiversity in Australia, we need to move to a vegan agricultural system and begin to actively revegetate cleared land.

At an individual level, the single best thing you can do for the environment and biodiversity is to live vegan. At a national and worldwide level, the best thing we can do is to abolish the use of animals for food, clothing, entertainment or any other purpose.