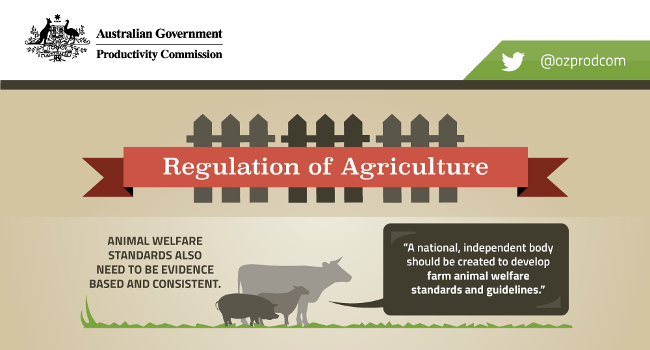 A report recently released by a government inquiry into agriculture acknowledges that "there are some Australians who do not consider it appropriate to use animals for commercial purposes."

The submission to the Productivity Commission inquiry by Vegan Australia called for the complete phase out of animal agriculture.

The inclusion of this view in a government report is a small but significant step forward in moving to a vegan Australia. The possibility of the abolition of the use of animals in Australia has at least been accepted as supported by some Australians.

There were 92 submissions made responding to the initial issues paper in February:

Vegan Australia is pleased that the full draft report released in July took seriously the main points of our submission. Submissions on the draft report are now being accepted and Vegan Australia hopes that more organisations and individuals will take the ethical position of opposing all use of animals in agriculture. Submissions are due by 18 August 2016 and can be made here.