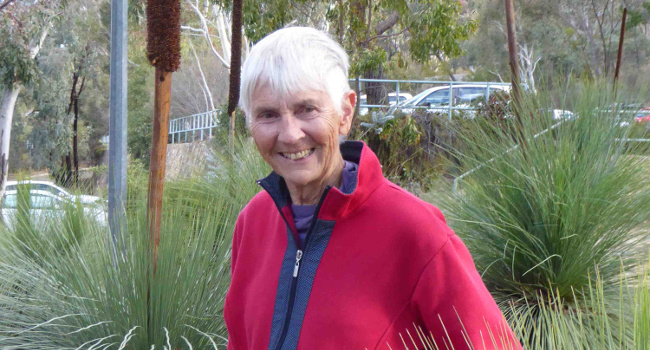 A 74 year old vegan has been questioned by the Australian Federal Police after objecting to the use of the term "vegan terrorist" by her federal senator.

During debate in Federal Parliament on the ag-gag law that was recently passed, ACT Liberal Senator Zed Seselja made frequent references to "vegan terrorists".

"As a vegan I found Senator Seselja's association of veganism with terrorism offensive", said Pamela Collett, who lives in Canberra.

The next day she received a phone call from the Australian Federal Police, who said that she had been referred to the police by Senator Zed Seselja's office. The AFP officer asked about her use of the term "watch out".

Ms Collett said, "I am outraged by being referred to the Australian Federal Police by Senator Zed Seselja's office for my phone call. It's a sad reflection on Australian democracy when a threat about the possibility of losing votes is considered to be worthy of a referral to the police."

Senator Seselja's verbal attack on vegans is not unique. Others who have referred to vegans as "terrorists" include Anthony Albanese, leader of the Labor party, Amanda Stoker, Liberal Party, and Pauline Hanson and Malcolm Roberts of One Nation. Prime Minister Scott Morrison has used the term "green collared criminals" and called animal rights protesters "un-Australian". Other terms used by conservative Senators include "morons, ratbags, smelly-hairy greenies, cultists and fascists".

Ms Collett says that the term "vegan terrorist" is "offensive to everyone who has made the choice to be a vegan, for health, environment or animal rights reasons". She says "this term is damaging to many people, including myself. There is no such person as a 'vegan terrorist'".

Verbal attacks on vegans have been increasing in the last few months, from politicians, animal industries and the media and on social media. Director of Vegan Australia, Greg McFarlane says "this is because animal agriculture and other animal using industries are becoming increasingly worried about their profits. As more and more people learn about the horrors of animal agriculture and that they can live healthily on a vegan diet, they are turning more towards plant based products. The writing is on the wall for these industries, and the fact that they call the police on a 74 year old women for calling them out shows that they know it."