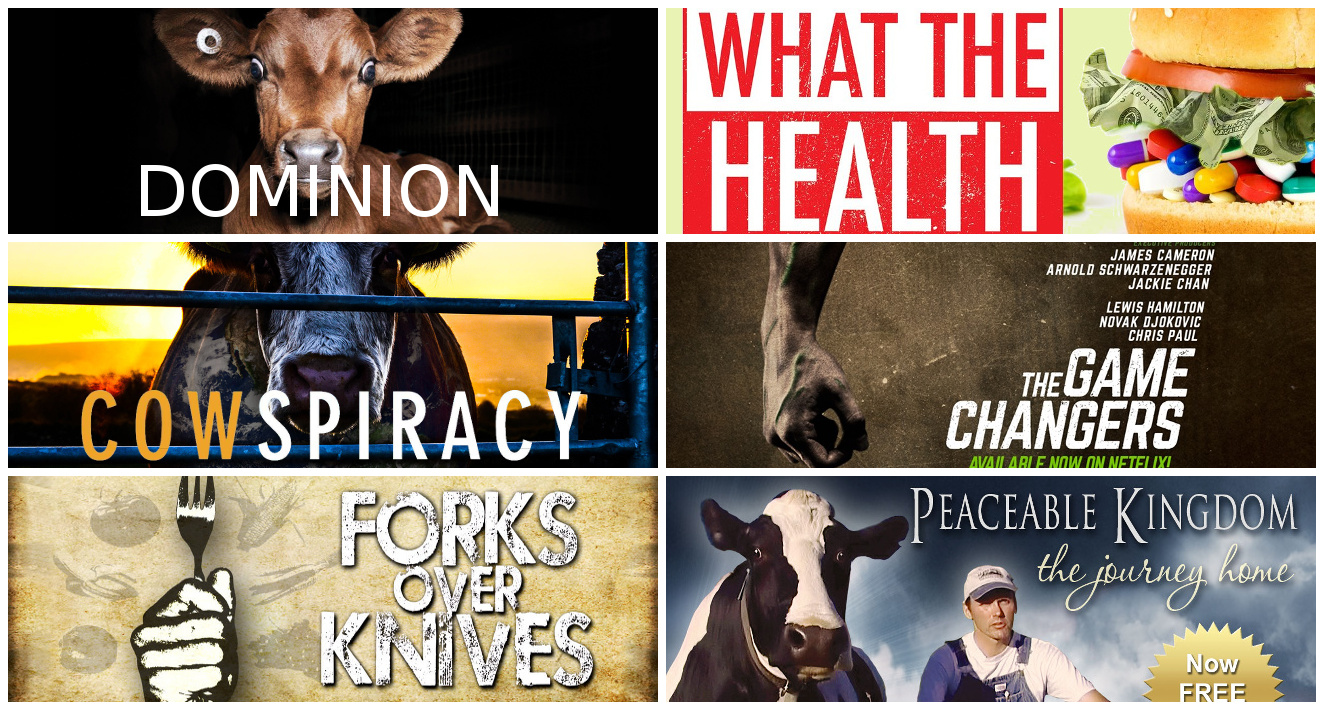 Vegan Australia has put together this list of the top six vegan films you can watch online for free. These feature-length documentaries cover animal rights, health, the environment and many other aspects of veganism. Some are on Netflix, which has over 10 million subscribers in Australia. If you don't yet have access to Netflix, you can get a free one month trial (if it is still available).

There are great vegan movies coming out all the time. See them all at vegmovies.com: 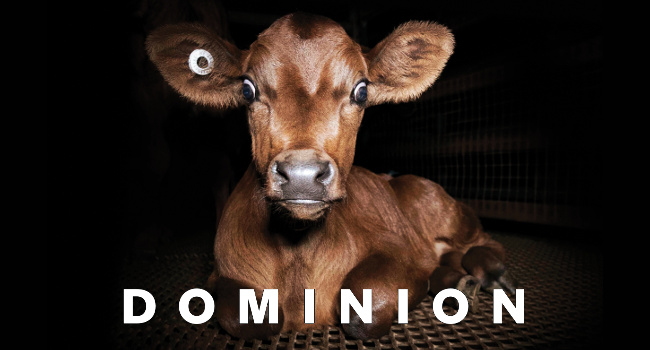 Dominion exposes the dark truth of modern animal agriculture, questioning our dominion over the animal kingdom. It focuses on animals used for food, but also explores other ways animals are used and exploited by humans, including clothing, entertainment and research. It explodes the myth of 'humane slaughter' and shows the horrific reality of standard farm practices in Australia. It contains moving and powerful scenes portraying the suffering that is the life and death of farmed animals. Dominion is the sequel to Lucent. Content advisory: graphic and disturbing footage of animal abuse and cruelty throughout. 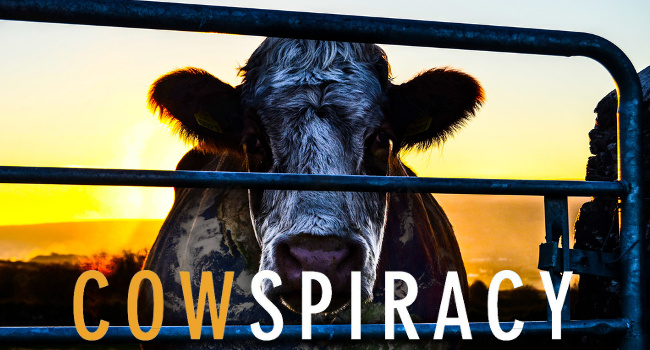 (Available on Netflix.) "The film that environmental organisations don't want you to see." Cowspiracy is a groundbreaking environmental documentary following intrepid filmmaker Kip Andersen as he uncovers the most destructive industry facing the planet today - and investigates why the world's leading environmental organisations are too afraid to talk about it. Animal agriculture is the leading cause of deforestation, water consumption and pollution, is responsible for more greenhouse gases than the transportation industry, and is a primary driver of rainforest destruction, species extinction, habitat loss, topsoil erosion, ocean "dead zones," and virtually every other environmental ill. Yet it goes on, almost entirely unchallenged. Content advisory: a few brief scenes of animal cruelty, including fishing, veal hutches, dairying and killing a duck. 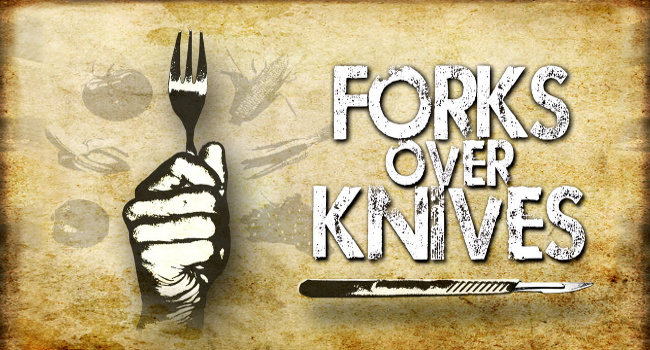 (Available on Netflix. - Sorry, this has been removed from Netflix, September 2020) Forks Over Knives examines the profound claim that most, if not all, of the degenerative diseases that afflict us can be controlled, or even reversed, by rejecting our present menu of animal-based and processed foods. The film traces the personal journeys of a pair of pioneering yet under-appreciated researchers, Dr T Colin Campbell and Dr Caldwell Esselstyn. Content advisory: some scenes of human heart operations. No animal violence. 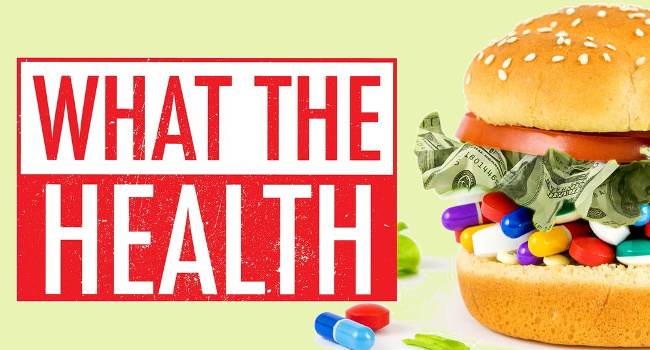 (Available on Netflix.) "The health film that health organisations don't want you to see." What the Health uncovers the secret to preventing and even reversing chronic diseases - and investigates why leading health organisations don't want us to know about it. With heart disease and cancer now leading causes of death and diabetes at an all-time high, the film reveals possibly the largest health cover-up of our time. With the help of medical doctors, researchers, and consumer advocates, What the Health exposes the collusion and corruption in government and big business, including pharmaceutical companies, agribusiness and processed animal food companies. What The Health is a surprising, and at times hilarious, investigative documentary that will be an eye-opener for everyone concerned about our health and how big business influences it. Content advisory: no graphic scenes. 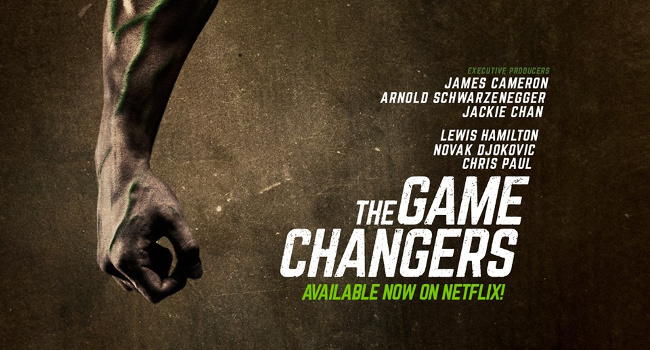 (Available on Netflix.) This revolutionary film about meat, protein and true strength showcases elite athletes, visionary scientists, cultural icons, and everyday heroes. The Game Changers tells the story of elite athlete James Wilks as he travels the world on a quest to uncover the optimal diet for human performance. Content advisory: no graphic scenes. 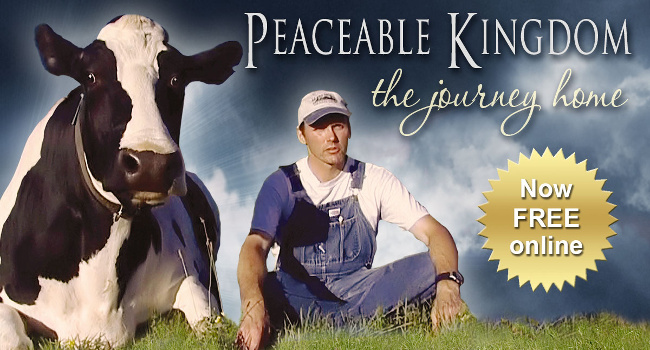 A riveting story of transformation and healing, Peaceable Kingdom: The Journey Home explores the awakening conscience of several people who grew up in traditional farming culture and who have now come to question the basic assumptions of their way of life. Presented through a woven tapestry of memories, music, and breathtaking accounts of life-altering moments, the film provides insight into the farmers' sometimes amazing connections with the animals under their care, while also making clear the complex web of social, psychological and economic forces that have led them to their present dilemma. Content advisory: this is a beautiful film, much of it is images of animals and people living well on sanctuaries, but there are some very distressing scenes of the animal use industries. 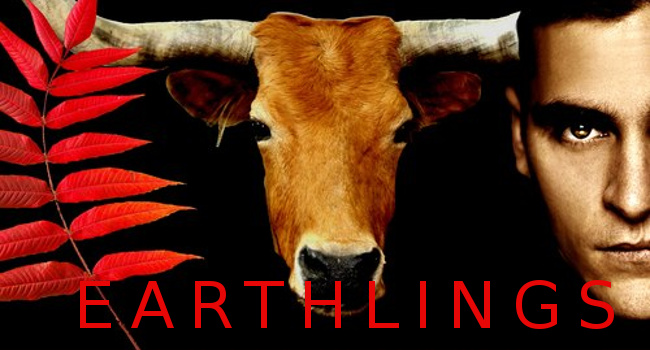 "If I could make everyone in the world see one film, I'd make them see EARTHLINGS." - Peter Singer, author Animal Liberation. EARTHLINGS is a 2005 American documentary film about humankind's total dependence on animals for economic purposes. Presented in five chapters (pets, food, clothing, entertainment and scientific research) the film is narrated by Joaquin Phoenix, featuring music by Moby, and was written, produced and directed by Shaun Monson. Content advisory: The film is extremely graphic in its real depiction of animal use.