Talk on animal agriculture and the environment 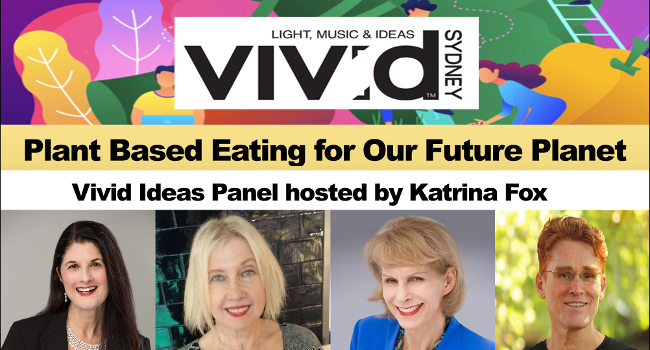 Below is a talk about animal agriculture and the environment given as part of a panel discussion on "plant based eating for our future planet", part of the Vivid Ideas program at Chatswood in Sydney. The talk was presented on 27 May 2019 by Greg McFarlane, Director of Vegan Australia.

Good morning everyone and thank you for coming to this panel discussion about plant based eating for our future planet. I am going to talk about the impact animal agriculture has on the environment. It's a big topic and I only have 10 minutes, but I can summarise the whole talk in just 10 words: Animal agriculture is killing the planet. We must go vegan.

Now when you hear a statement like "Animal agriculture is killing the planet", it is hard to believe. Living in the northern suburbs of Sydney, it doesn't look like the world is in a mess. We have a lot of beauty and nature all around us. But we could say the same thing about poverty. The level of poverty in this area is very low, yet it is a fact that about one billion people in the world suffer from chronic hunger and over 20 million people will die this year as a result of malnutrition. So we can't just look around us in our local area to find the truth. We have to look at the bigger picture. Luckily, there are people who specialise in taking the broad overview. The United Nations has a number of bodies, such as the World Health Organisation, the Intergovernmental Panel on Climate Change, the UN Environment Programme and the Intergovernmental Platform on Biodiversity. All of these organisations have looked at the impact of animal agriculture on the environment and all have found that it is a major cause of environmental damage. So it is not just me saying it. I am not an expert. But I have read what thousands of experts from around the world have found after decades of research.

The havoc caused to the world environment by the billions of animals we raise and kill for food each year is huge. The U.N. has identified the animal industries as 'one of the most significant contributors to today's most serious environmental problems'. This includes global warming, species extinction, loss of fresh water, rainforest destruction, spreading deserts, air and water pollution, acid rain, soil erosion and loss of habitat. Vast areas of forest are cleared to grow crops to feed farmed animals. The methane produced by these animals is the largest single cause of global warming, larger than all transport worldwide. Large quantities of excrement produced by animal industries leak into rivers and oceans as pollution.

Did you know that farmed animals consume more crops than humans in Australia? In other words, two-thirds of crop production for domestic markets are consumed as animal feed. So instead of growing crops to feed animals who we then eat, it would be much more efficient and cause less harm to the environment if we consumed the plants directly. This would feed five times as many people, make available significant amounts of fresh water, help reverse global warming, use less fossil fuels and allow large areas of land to be reforested.

Now I'll briefly look at three areas that are of particular importance to Australia: global warming, species extinction and loss of fresh water.

You may have heard figures such as 18% of greenhouse gases come from animal agriculture, rather than the 50% figure I have just given. The 18% figure uses a 100-year time frame to compare the effects of methane to carbon dioxide. But the choice of 100 years is entirely arbitrary and 20 years seems much more relevant to the urgent climate crisis we currently face. Over this time period, methane is a much more powerful global warming gas. I don't have time to go into the details, but search for "20 year global warming potential" to find out more.

Once we understand that animal agriculture is a major cause of global warming, a simple, effective and relatively quick solution becomes clear. By abolishing the use of animals for food, we not only act ethically for the animals, but also help slow and eventually reverse global warming.

I'll now move on from global warming to the important issue of biodiversity and species extinction. A major UN environmental report, released last month, has found that around one million species are at risk of extinction. As a cause for this loss of biodiversity, it puts much of the blame on animal agriculture, saying that the meat industry has a "particularly heavy impact" along with overfishing of the oceans. Another study has found that animal agriculture is the leading cause of global species loss. This is mainly due to land being cleared for grazing cattle. Locally, over half of the Australian continent is used for animal agriculture and, according to the CSIRO and the University of Queensland, a massive 92% of all land degradation in Australia is caused by animal agriculture.

On the topic of water use, 43% of agricultural water in Australia is used for pasture and hay production for grazing animals who are raised for the meat and dairy industry. In comparison only 10% is used for the production of fruit and vegetables for human consumption. It takes 20 times more water to produce a kilo of beef than it does rice, fruit or vegetables. On average it takes 800 litres of water to produce one litre of dairy milk, almost 4 times as much as it takes to make one litre of soy milk.

At an individual level, the single best thing you can do for the environment is to live vegan. At a national and worldwide level, the best thing we can do is to abolish the use of animals for food, clothing, entertainment or any other purpose.