Inquiry told animal farming is major cause of climate change 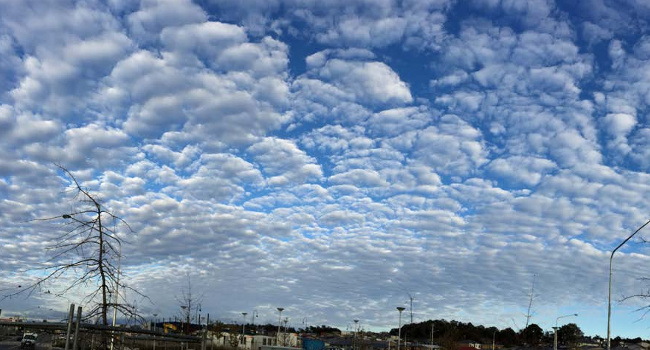 To prevent the worst effects of catastrophic climate change, the government must address the fact that animal agriculture is a major source of greenhouse gas emissions. In its submission to the Australian government's 2017 review of climate change policies, Vegan Australia presents the case that not only fossil fuel burning but also emissions from animal agriculture must be tackled if we have any chance of avoiding climate disaster.

Vegan Australia is a national organisation that informs the public about animal rights and veganism and presents a strong voice for veganism to government, institutions, corporations and the media. Vegan Australia envisions a world in which all animals live free from human use and ownership. The foundation of Vegan Australia is justice and compassion for animals, as well as for people and the planet. The first step each of us should take to put this compassion into action is to become vegan and to encourage others to do the same. Veganism is a rejection of the exploitation involved in commodifying and using sentient beings.

Climate change is one of the greatest challenges of our times, with the potential to devastate human societies and economies, as well as animal populations across the globe. Vegan Australia supports strong action on climate change, and we believe that this action must come from multiple sectors. The climate impact of fossil fuels is undeniable, and we must curtail their use if we want to avert catastrophic climate change, but another major source of emissions is often ignored. Animal agriculture is one of the most significant drivers of climate change, both within Australia and globally, yet little has been done, by successive governments, to address this.

While the Discussion Paper touts emissions reduction projects in the land and agriculture sectors, most of the tangible benefits have come from vegetation projects (which Vegan Australia supports), and not from directly reducing emissions from the primary source of emissions in this sector: animal agriculture. Where such reductions are made, they are small increases in production efficiency (as discussed in the case study), while the discussion paper fails to mention the most effective way of reducing emissions in this sector: phasing out the raising of animals for food.

In this submission, Vegan Australia will argue that the emissions figures provided in the Discussion Paper for Agriculture and land use, land use change and forestry are misleading and overly conservative, and that animal agriculture is a significant driver of climate change. We will recommend that Australia should phase out animal agriculture over the coming 10-year period, in conjunction with substantial reductions in the use of fossil fuels.

The proposal to phase out animal agriculture over the next 10 years is consistent with our previous submissions to inquiries into animal welfare (both generally1,2,3, and specific to dairy cows[4], chickens in the egg industry[5], fish[6] and pest animals[7]), the environment, human health and chronic diseases[8].

The environmental impact of agriculture

The discussion paper states that "Agriculture and land use, land use change and forestry ('the land sector'), accounted for 66 Mt CO2-e, or 12 per cent of Australia's annual emissions in 2015."9 This figure, while consistent with the Department of the Environment and Energy's Australia's emissions projections, groups together a number of separate factors into "The Land Sector" emissions, and, in doing so, provides a misleading interpretation of reality. By separating out agriculture we can begin to see important features that may be missed when looking at the total figures.

The 66 Mt CO2-e figure takes the total emissions figure of 70 Mt CO2-e10, and subtracts the 4 Mt[10] due to the (rare) net negative land use emissions [Note 1]. By including the effects of the carbon sinks of revegetation and forestry (which are not directly related to agriculture), greenhouse gas emissions from agriculture appear to be much lower than they actually are. With carbon sinks unrelated to agriculture removed from the calculation, the greenhouse gas emissions attributable to agriculture and associated land use can be revised upwards to approximately 110 Mt, or approximately 21 percent of the estimated 527 Mt CO2-e emitted in 2015.

Even this 21 percent figure relies on outdated data and assumptions that are unstated in the discussion paper. These figures convert methane, and other greenhouse gases to CO2-e using a 100-year Global Warming Potential (GWP)11. For example (using Department of the Environment and Energy figures), over 100 years, methane is approximately 25 times as potent as CO2, so is assigned a 100-year GWP of 25[11]. Using a 100-year GWP of methane of 25 is relying on outdated scientific information. The fifth IPCC report, for example, uses a 100-year GWP of methane of 28 without climate-carbon feedbacks, and 34 with these feedbacks [Note 2][12].

This 100-year timeframe, however, is arbitrary. The IPCC states that "There is no scientific argument for selecting 100 years compared with other choices (Fuglestvedt et al., 2003; Shine, 2009). The choice of time horizon is a value judgement because it depends on the relative weight assigned to effects at different times."12 The 20-year GWP of methane as given in the fifth IPCC report is 86 (with feedbacks)[12], but according to Shindell et al., this figure rises to 105 once indirect radiative effects of aerosols are taken into account[13]. Howarth et al., argue that the 20-year timeframe is relevant because "the decadal scale is critical, given the urgent need to avoid climate-system tipping points [Note 3]"[14]. If we measure the impact of sectors using a 20-year timeframe, instead of the 100-year timeframe, the climate impact of agriculture (the largest emitter of methane[15]) is significantly higher. Failing to acknowledge this in the discussion paper gives the false impression that the importance of the climate impacts of agriculture are much lower than they actually are.

While the figures provided include the impact of changing land use patterns, they fail to include the ongoing climate impact of land previously cleared for agriculture. Revegetating this land would allow for substantial carbon sequestration which is forgone when using this land for agriculture, as forests are approximately 10 times more effective at carbon sequestration than perennial grasslands16, with pasture created from previously forested areas likely to be even less effective at carbon sequestration. While land clearing of agriculture has reduced significantly in recent decades, the ongoing impact of land previously cleared, coupled with reduced but still significant ongoing land clearing, must be accounted for when discussing agriculture emissions.

Taking into account these and other factors, the Beyond Zero Emissions Land Use discussion paper states that "Warming from Australian agricultural emissions over the next 20 years will be greater than warming from all fossil fuel emissions."17 In a subsequent study that "re-calculates emissions to include short lived gases and use 20 year Global Warming Potentials (GWPs)", Wedderburn-Bisshop et al. estimate that "Australia's annual emissions more than double when compared to the national inventory, with agriculture producing 54% of the national total."[18] Whilst reducing or eliminating our dependence on fossil fuels is vital to averting the worst effects of climate change in the long term, simultaneously reducing emissions from agriculture is vital to tackling Australia's contribution to climate change in both the short and long term.

A similar pattern emerges upon inspection of Land Use, Land Use Change, and Forestry (LULUCF) emissions. The majority of emissions from LULUCF comes from deforestation, the majority being for animal agriculture21. In Queensland, the state with the highest rate of land clearing, for the 2014-2015 period, 91% of cleared woody vegetation was replaced with pasture[22]. A small additional source is management of existing grazing land. The majority of the carbon sinks in the LULUCF sector are from reforestation and forest management, which are areas that are not contributed to by the animal agriculture sector[21]. While reliable nationwide figures are difficult to come by, in part due to the prevalence of illegal land clearing[23], it is clear that the vast majority of emissions from the LULUCF sector are attributable to animal agriculture.

Taking these factors into account, the Beyond Zero Emissions Land Use discussion paper estimates that "Rangeland grazing, with associated deforestation, enteric fermentation and savanna burning, produces 49% of national emissions when accounted over 20 years."17

The challenge of climate change must be met quickly and effectively in order to avert the potential catastrophic effects at both the national and global level. In order to help achieve this, Vegan Australia makes the following recommendations to be included as part of Australia's climate change policies. Included are both recommendations for improving the Department of the Environment and Energy's publications in order to better inform the public and lawmakers, and tangible action that can be taken to substantially reduce Australia's greenhouse gas emissions.

Include 20-year GWP figures in future publications: In order to ensure that the public, and lawmakers, are properly informed about the true impacts of agriculture (and other industries) the 20-year GWP figures should be included alongside the 100-year GWP figures along with an explanation of how they differ. Providing the 100-year figures alone, without any explanation of the underlying assumptions used to arrive at this figure, ignores the potentially disastrous effects of climate-system tipping points, and constitutes a failure to properly inform the readers of these documents. Vegan Australia also recommends that the Department of the Environment and Energy urge other organisations and government departments, internationally, to adopt a 20-year GWP in their publications.

Separate carbon sinks from agriculture in future publications: While it is important to include the climate impacts of land directly attributed to agriculture, including other land use in the same category as agriculture results in a significantly reduced estimate of emissions from this sector. Introducing climate sinks from land use as a separate sub sector would improve the accuracy and relevance of the information presented.

Phase out animal agriculture over 10 years: Vegan Australia has consistently called for the phasing out of animal agriculture over 10 years to allow a transition period for people working and investing in the industry. Eliminating emissions from animal agriculture over this 10 year period, in conjunction with efforts to substantially reduce fossil fuel emissions over the same period, while encouraging the international community to do the same, will give us the best chance of avoiding climate-system tipping points and averting the worst effects of climate change. It is the position of Vegan Australia that the broader society has an obligation to share the responsibility for this shift, so the burden of the economic costs does not fall solely on rural communities.

Educate people about healthy vegan diets: A concerted effort should be made to educate the public about, and encourage the adoption of, vegan diets. This effort should be interdepartmental, and include community groups including Vegan Australia. The Department of the Environment and Energy should focus on educating the public on the climate impact of diets containing animal products, as well as the impacts on water use, biodiversity loss, and land degradation.

Revegetate existing pastoral land: The revegetation of land would act as a significant carbon sink, as well as improving biodiversity and other markers of environmental health. Vegan Australia notes that some work has been done in this area already, and that that work has the potential to be expanded drastically.