The Beyond Zero Emissions Zero Carbon Australia Land Use Report 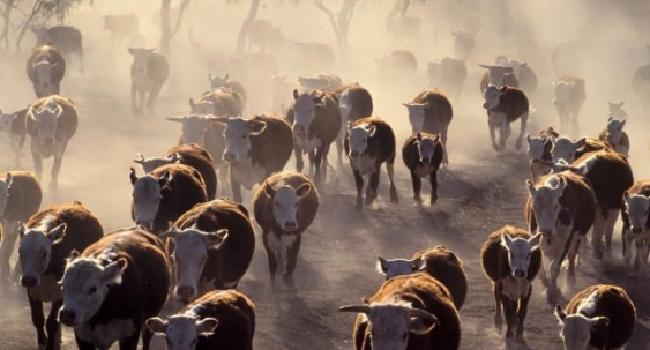 After many years of scientific research, Beyond Zero Emissions launched in 2014 a ground-breaking report on the impact of agriculture on sustainability and climate change in Australia. The report looks at ways to reduce greenhouse gas emissions from the land use sector and at opportunities to change land use for carbon sequestration.

One of the main findings of the report was that animal agriculture is a major source of greenhouse gases in Australia. By including short lived gases, the report found that animal agriculture contributes about half of Australia's greenhouse gases when taken over a 20 year time scale. Two of the authors of the report, Andrew Longmire and Gerard Wedderburn-Bisshop, published a peer-reviewed article which backs up the claim that 50% of Australian greenhouse gas emissions are due to livestock when measured over 20 years. The figure is about 14% when a 100 year time scale is used and short lived gases are ignored.

The report is a combined effort of the Melbourne Sustainable Society Institute at the University of Melbourne, Beyond Zero Emissions and the Institute of Environmental Studies at UNSW.

In the words of Dr Stephen Bygrave, then CEO of Beyond Zero Emissions, the report "demonstrates the contribution that both agriculture and forestry can make to a rapid reduction in greenhouse gas emissions in Australia."

You can listen to the presentations given at the report launch event here and you can watch a video of Dr Stephen Bygrave presenting a summary of the report here.

Pages on the Beyond Zero Emissions website have been changing recently, so we have made local copies of the following BZE documents: