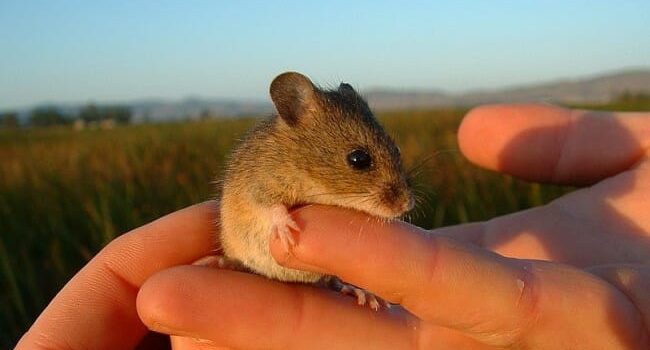 The aim of veganism is to avoid harming animals as much as possible. One of the main ways to do this is by eating and wearing products derived from plants rather than animals.

However, due to common agricultural and production practices currently in use, the growing and processing of plant products can involve some animals being harmed or killed.

One author who points out that animals are killed in plant production is pig farmer Matthew Evans in his book On Eating Meat. He claims that a billion mice are poisoned annually to protect wheat in Western Australia. He got this figure from a 2011 column by Mike Archer. Due to a misunderstanding by Archer, this figure is exaggerated by more than 100 times. However his main point, that animals are harmed in plant agriculture, is undeniable. Just not as much as Evans and Archer would have you believe. For more on the number of animals killed in plant farming versus animal farming see On Eating Meat and the Numbers Game.

So, given that consuming plant products can cause harm to animals, what do we do about it?

We currently live in a very non-vegan world, one that values efficiency and productivity over the wellbeing of animals. The fact that we can not avoid causing some suffering to animals does not invalidate the principle that we should avoid hurting others wherever we can. Even if we can not be "perfect", it does not mean we should not try at all. The secondary deaths caused by growing and processing plant products in no way excuse the deliberate killing of over half a billion farmed animals in Australia for food every year. The idea that since we can not avoid all harm then we should not try to do better, is like claiming that since we may not be able to reduce the number of road traffic accidents to zero, then we should stop trying to make the roads safer. We must always do our best. This idea as it relates to veganism is not new and is the basis of the book But You Kill Ants by John Waddell.

Given that some animals are harmed by a plant-only diet, we need to ask if more animals suffer by this diet than by a diet which includes animal products. Authors such as Mike Archer argue that a vegan diet causes more suffering than a meat diet, claiming that plant growing results in over 25 times more sentient animals being killed per kilogram of usable protein. While he gives some evidence for this, he has over-estimated the number of deaths and the argument has been thoroughly discredited. Please see the links listed at the end of this article for full coverage of this issue.

In any case, a huge proportion of crops is grown to feed farmed animals. In Australia, pigs, chickens and other poultry eat mainly feed from crops, dairy cattle are supplemented with feed and many cattle are fattened in feedlots. All this consumption by farmed animals means that a lot more crops go to feed them than humans. In fact, farmed animals eat twice as much grain as people in Australia. Just like plant foods grown for human consumption, the production of these feed crops can also cause harm to animals. So by eating plants directly rather than feeding them to animals whom we then eat, there would be less land under cultivation and so less incidental harm to animals.

In addition, over half of the Australian landmass is used in the animal agriculture industry, with much of this cleared of native vegetation, thus endangering many native species. Moving to a vegan agricultural system would be much better for the environment, helping to address climate change, regrow forests on land cleared for grazing, lessen soil erosion and reverse species extinction and improve biodiversity.

There is a fundamental difference between animal farming and plant farming. Animal farming requires the suffering and death of animals. Plant production does not. Because of this we should encourage better plant farming practices. By improving agricultural and production methods, we can reduce this nonessential harm to animals in plant food production. This improvement is of course in addition to avoiding causing harm to animals directly by eating them. Even Matthew Evans, who has researched the number of animals who die in plant farming, concludes "It's quite possible that eating less meat might mean less suffering."

There are alternative methods of farming, such as veganics and stock-free farming, that try to address some of these issues, by using green manures, companion planting, encouraging natural pest control, etc. Other ways to protect animals could be improved planting and harvesting methods and non-lethal ways to prevent wild animals eating crops such as netting, fencing, sound based deterrents and others. See this excellent video on veganics:

These alternative methods of farming are not yet widely used and do not yet produce enough food to feed a vegan world. Also, most plant products are sold as commodities and so it is very difficult to trace them back to the source to check how they were grown.

Information about which plant products cause less harm to animals is not yet widely known and needs to be researched more. It may be that, for example, millet causes less harm than rice and so we should tend to eat more millet.

As Gary Francione says "if we all went vegan because we cared morally about nonhumans, that would necessarily translate into methods of crop production that would be more mindful of incidental and unintended deaths." (See in comments here.)

This means that currently we have no choice but to eat plant foods that were grown and processed in ways that may have caused harm to animals. This is unfortunate but unavoidable and is consistent with the principle that we should try the best we can to cause the least harm possible.

The principle of veganism is to avoid harming animals as much as possible, including by not directly consuming animal products, by avoiding products tested on animals and by ensuring that animal products were not used in the production process after harvest. At the moment, it is not practicable to avoid consuming plant products where animals have been harmed in their production, particularly animals harmed before harvest.

However, in cases where it can be readily identified that a particular use or harm occurs in growing or processing a plant product, then this product should be avoided when possible. An example of this are biodynamic farms which use animal products as an integral part of the growing process.

In the future, when veganic methods of agriculture become more widespread, more food will become available that has been grown using farming techniques that cause as little harm to animals as possible. We are moving towards that future.

This article was written by Greg McFarlane on behalf of Vegan Australia.