Would the economy collapse if Australia went vegan? 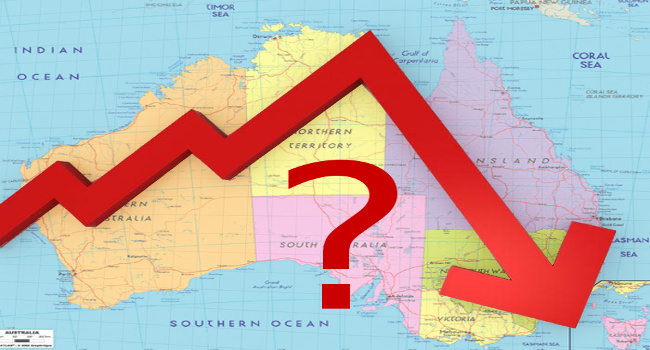 This article originally appeared as "Australia as a vegan nation?" in the July 2017 issue of The Australian Vegan Magazine (page 18).

It is a question we should start asking ourselves. The vegan movement is accelerating rapidly and it is now possible to imagine a near future where animals are no longer used for food, clothing or any other purpose. Society's attitudes to animals are changing and we now need to look at how to move to an animal-free agricultural system and how to make this transition smooth and fair.

The transition needs to be managed so that living standards are maintained and there is enough healthy food for everyone. The changes should protect the environment and maintain food and water security. Any negative economic or employment impacts should be minimised and any costs must be met by society in general and not left to landholders and workers to bear. No individual should be disadvantaged.

Employment figures are similar. Estimates of the number of people working in the animal agriculture industries vary, but generally indicate that less that 1.5% of Australian workers are employed in animal agriculture. 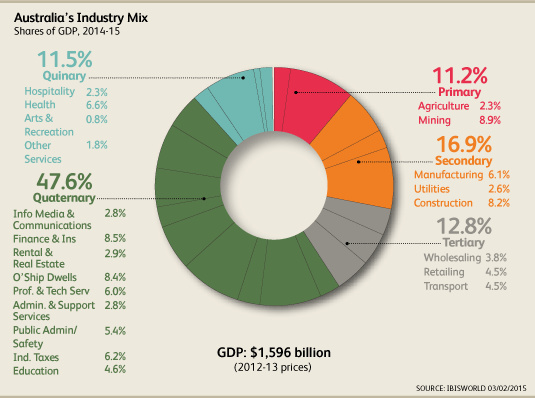 While these are small in percentage terms, the figures do represent billions of dollars and over 100,000 people employed. This means that it is very important to ensure that suitable alternative employment is available for these workers. It will take some time to transition to an animal-free agricultural system. Given political and social support for such a change, 10 years should be enough to ensure that disruption to the economy and employment is minimised. This would mean about 10,000 jobs would need to move from animal agriculture to other industries each year.

10 years is also about the time scale needed for making the drastic reductions in greenhouse gas emissions that are required to prevent run-away global warming. Note that animal agriculture produces about 50% of all greenhouse gases in Australia, when accounted over 20 years.

And after 10 years, we would have finally stopped the unnecessary suffering and death of over half a billion farmed animals every year in Australia.

So what jobs can we create in other sectors? How can we reuse land that is currently used for animal agriculture?

Firstly, we should point out that this transition has been happening naturally for many decades. For example, the number of sheep in Australia has halved since the 1960s, with farmers shifting to crops such as wheat and canola. In other areas cattle have been replaced by wheat farming, irrigated cropping of cotton and rice and intensive horticulture. Overall, there has been a significant reduction in the area of grazing in Australia and an increase in plant cropping.

These changes indicate the flexibility of the Australian farming sector. Australia no longer "rides on the sheep's back". The history of farming in Australia is one of continual change responding to changes in technology, the value of commodities and the changing environment. This shows that rural landholders are capable of adapting to changes in conditions and suggests that they will also be able to adapt to a vegan agricultural system.

Given the impending crisis of global warming, we should be capturing and storing as much carbon from the atmosphere as possible. Currently, animal farming uses a massive 54% of the Australian continent, mainly for grazing cattle, sheep and dairy cows, but also for growing grains and fodder that is fed to farmed animals. Land used for grazing was often originally forest or woodland and was cleared before use. After decades of grazing, it is often highly degraded. Much of this land could be regrown and reforested, thus capturing atmospheric carbon and being a major contributor to Australian greenhouse gas reduction targets. This is known as carbon farming and would enable the farming sector to become a sink for emissions from other sectors, such as power generation and transport.

This form of carbon sequestration can generate a lot of jobs, depending on how it is done. At one extreme there is the option of abandoning land and letting it recover from grazing naturally. Alternatively it can be replanted with species local to the area and work done to repair damages, such as to watercourses, caused by grazing. There is also the possibility of planting species that can be managed over time to sequester even more carbon, such as permanent mallee plantings.

Areas that were originally forest, such as some land used for dairying, could be reused for forestry. This would allow old growth forests to be left standing and would increase carbon storage.

Some of the land currently used for grazing animals will probably not have a valuable productive economic use when animals are removed from agriculture. These rangelands cover huge areas of Australia and, if restored, will be valuable in many other ways, including sequestering carbon dioxide in soil and vegetation, providing native habitat for endangered species, increasing biodiversity, reducing erosion and soil loss, reversing desertification, reducing salinisation and improving water quality.

By combining new commercial activities with support by society at large for ecosystem improvements, we will not only ensure employment and economic stability, but also benefit society by improved environment and health outcomes and be a significant move towards a vegan future where animals are no longer used or exploited.