Have a happy low-waste Christmas - veganism and minimalism 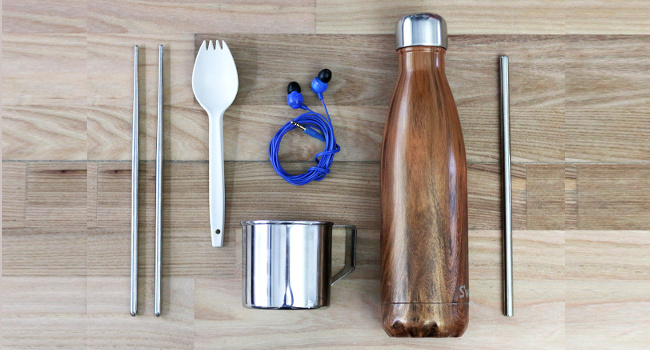 The end of the year is often a time associated with high consumption. In this thoughtful article, guest writer Penny Hall looks at how we can use less without being less.

There are a variety of pathways that lead a previously omnivorous, animal-textile wearing, zoo- and/or circus -visiting person to veganism. Many routes involve increasing awareness of the realities of others' suffering, whether those others be fellow sentient creatures or our planet's eco systems. This level of consciousness doesn't generally occur exclusively to one ethical behaviour, so it is unsurprising when a vegan also embraces other practical philosophies.

One very easy 'bedfellow' for veganism is minimalism, a contemporary movement extolling the many social, health and psychological benefits of simplifying life. This simplicity can derive from decluttering and questioning the utility of many of the products that we use, and which impact on our environment, health, stress levels and bank balances. Consuming less, thereby needing less space for storage, eschewing excess packaging, opting for reusables over plastics, sharing and renting rather than owning, buying used rather than new, growing, making and mending rather than throwing things into landfill are all aspects of the minimalist approach.

And veganism is an excellent way of simplifying life and enjoying greater physical and psychological health. For one thing, not participating in the suffering of animals frees us from the cognitive dissonance and hypocrisy of non-vegans (without suggesting that vegans are free of all cognitive dissonance or hypocrisy, only that which pertains to animal exploitation). This allows us to sit more easily with our present reality. Cooking with plants is significantly easier and safer - greatly reducing health concerns like food poisoning and cross contamination (nearly all of which is caused by animal waste), and often being much easier to store for long periods without refrigeration.

Veganism is environmentally sustainable, minimising pollution, deforestation and loss of habitat for endangered species. Non-vegan diets in contrast maximise all damage to all ecosystems. As explored in a previous article, Living vegan on a budget, vegan diets can also be amongst the cheapest possible, potentially reducing financial stress.

Given the extent of human consumerism and its impact on our planet and its inhabitants, it isn't appropriate to celebrate a product or service's vegan credentials if it is produced in a way that will trash our environment or contribute to suffering. Palm oil is the most notorious "vegan" commodity whose production often leads to devastating consequences for animals and plants where it is harvested, but it is far from being unique. Many, many of the "ninja" vegan foodstuffs that generate excitement are manufactured by corporations with appalling human rights and environmental records, so it makes sense to take our vegan consciousness further and really think about a product's wider impact.

So, at a time when we are generally encouraged to exceed our habitual pattern of already heavy consumption, it might be worth considering making 2019 a minimalist vegan year. There are a great many resources to inspire you on the journey, including: