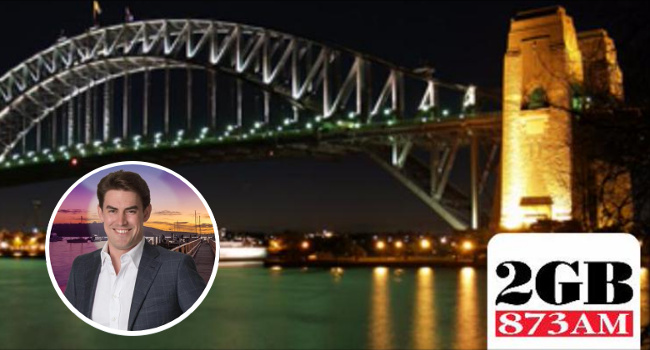 This week, Greg McFarlane, director of Vegan Australia, was interviewed by Michael McLaren on 2GB and 4BC radio stations. The program producers had noticed that Veganuary was making the international news and so wanted to talk to someone in Australia about the progress of the vegan movement here. This was a great opportunity to talk to the listeners of 2GB, Sydney's highest rating radio station, and Brisbane's 4BC about veganism.

Michael knew a little about veganism and so was able to ask some good questions, which allowed the topic to be discussed in some depth. Michael did sometimes try to make light of the subject, but Greg was able to make some good and clear points, particularly that we should avoid unnecessary suffering of animals, as much as possible.

Michael made the point that he knew several people who are vegan and that they look quite healthy. He also pointed out that a vegan diet is likely to be cheaper than a diet based on animal products. He also mentioned The Green Lion, Australia's first vegan pub. These points by the presenter of a major radio program should have some of his audience thinking about veganism a bit more.

2GB is well known to hold conservative views, so it is surprising that they took the time to have a vegan segment on one of their programs and they allowed a calm and rational discussion. This is another good example showing that veganism is making it's mark!