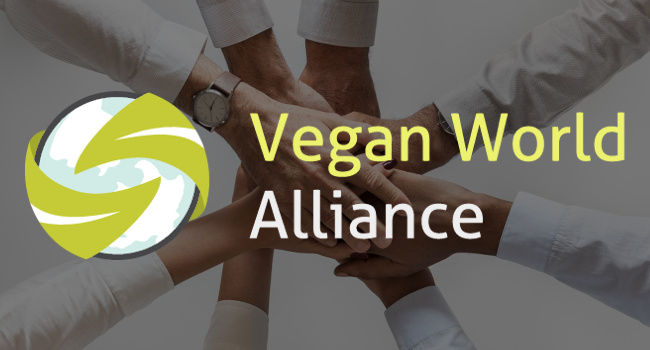 Vegan Australia has become one of the founding members of a new international vegan organisation, the Vegan World Alliance.

The Alliance aims to foster effective cooperation in promoting animal rights and veganism globally. It will work towards a world where we all agree that animals are sentient beings who value their own lives and therefore should not be treated as property or used or exploited in any way.

Greg McFarlane, director of Vegan Australia, is enthusiastic about the future of this collaboration, stating "Veganism is the fastest growing social movement in the world. By national organisations joining forces, we can give the vegan movement an important boost."

By working together, members of the Vegan World Alliance will command a louder voice for all animals and will more strongly promote the health, environmental and other benefits of a vegan world, with the goal of reducing use of animal products to zero over the next decade.

The Alliance is currently working with the International Standards Organisation to develop a clear standard for vegan foods. Having a internationally recognised standard will encourage even faster growth of the already booming vegan food market.

Cooperating with other global organisations, Alliance members will jointly conduct worldwide campaigns to promote veganism, with a major campaign due to be launched on World Vegan Day (1 November) this year.

The Alliance invites other organisations with a shared vision and mission to join in shaping the future of veganism.

More information can be found at Vegan World Alliance.