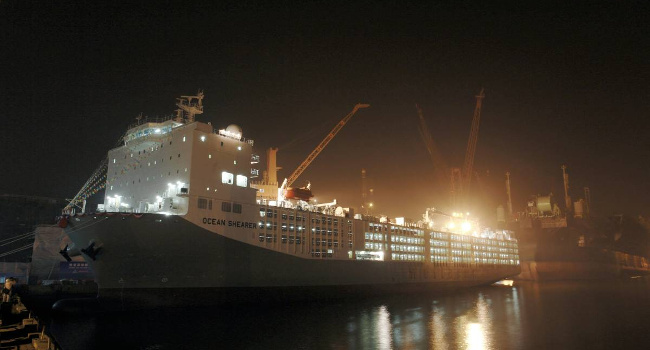 We have published articles like this before, such as Animal farming to be banned in New South Wales, Baird Government announces. This time we will make sure to let you know up front that it is a satire. But one day it will be true.

"I'm very proud to have the support of the whole union movement for the APIEU's motion to end animal farming," said APIEU NSW secretary Patrician Fernandez.

"Time and again we have seen the horrific conditions animals are subjected to in farms and slaughterhouses. Attempts to regulate the industry have failed," she said.

"The government must develop a plan to phase out the industry. We call on the government to invest in Australia's plant farming industry and invest in promoting our plant protein export trade," Ms Fernandez said.

The motion called for an end to sheep, cattle and all other forms of animal farming.

The APIEU claims about 3000 jobs could be created in the plant processing industry if an appropriate transition plan to end animal farming was put in place.

"We know that regional Australia has a huge unemployment problem. Ending animal farming and investing in the new plant-based processing industry here in Australia would create jobs in regional Australia, and ensure that animals no longer suffer and in line with Australian community standards," Ms Fernandez said.

"The Senate Select Committee on Animal Welfare in 1985 recommended that the Government should encourage the expansion of the plant protein trade with the aim of replacing animal farming.

"More than 30 years later we are still seeing exactly the same problems in the animal agriculture industry.

"It's time to act. Farmers and industry need certainty. It's time to transition away from animal farming, invest in Australian jobs, and ensure our animals are treated with respect and justice in line with Australian community standards. I'm proud that is now the position of the Australian union movement," Ms Fernandez said.

NOTE: The above is a spoof of the article "Unions push for live export ban" in The Land. Using the same logic as the move to ban live export, it looks at the wider issue of all animal use and exploitation and not just this single issue. It is written in the spirit of SBS Backburner articles such as "Mike Baird bans greyhound racing except within casinos". It is hoped that one day in the near future a real article like this will appear in newspapers around the world.