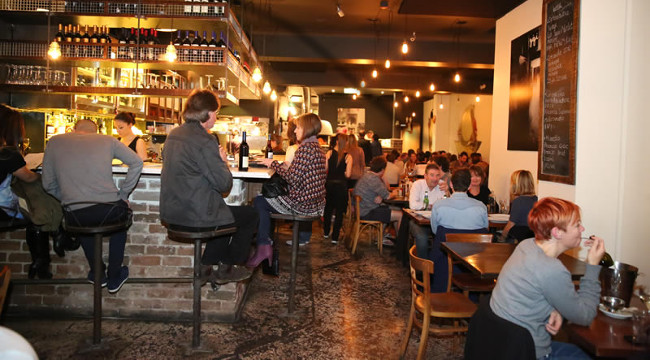 One of Sydney's most popular pizzerias, Gigi in Newtown, has launched a new menu and it's 100% plant based. The new menu blends centuries old tradition with modern culinary innovation to give customers a taste of what a compassionate meal has to offer.

"The change came about from being aware of how much produce we go through plus all the information I've collected about animal agriculture on many different levels," said Gigi owner Marco Matino.

Gigi is one of only fourteen Australian pizzerias to be certified by Associazone Verace Pizza Napoletana, an organisation aiming to protect "true Neapolitan pizza". While they will lose the certification for margheritas, they will maintain it for marinaras, and they will gain a truly sustainable and compassionate business model.

The reaction to the news has been mixed. While some are bemoaning the loss of meat and cheese, many vegans and non-vegans alike are excited about the possibilities that this forward thinking decision will bring. The launch of the new menu, which featured a free tasting event, was reportedly a massive success. "The crowds were so big, I couldn’t tell you how many people were there" Said Matino.

Another Sydney restaurant that's preparing to make the switch to an exciting 100% plant based menu is Soul Burger. After six months of offering a flexitarian menu, serving vegan and non-vegan food side-by-side, this burger joint will cut the animal products on 15 November. This doesn't mean that they're going to be serving up boring food. "The idea of these burgers is not to have a health kick. The idea is to have big, filling food. I want people to come in and say ‘this tastes amazing’. It just happens to be vegetarian." Said Amit Tewari, Soul Burger's owner.

Gigi and Soul Burger join a string of successful restaurants around the world who have made the switch to becoming vegan only establishments. Last month, New York City restaurant GustOrganics made news when they were sued for going vegan after realising the ecological cost of their business.

Businesses and consumers alike are realising that compassion and sustainability means going vegan. As veganism grows in Australia, more businesses will follow this example.