The ethics of cultured meat 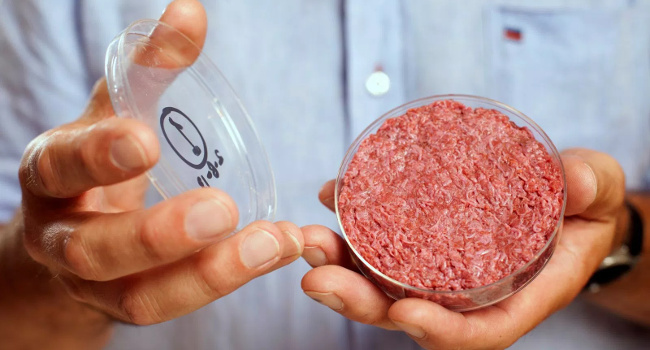 [Update January 2022] The below article by Vegan Australia was written over three years ago. Nothing much has changed since then to make the mass production of cultured meat more ethical and there is still great uncertainty about whether large scale production is even viable, as explained in this more recent article Lab-grown meat is supposed to be inevitable. The science tells a different story.

The article says that using plants to grow cultured meat will always be far less efficient than just eating plants directly. Cultured meat is an energy-intensive process, with significant engineering challenges to scale up and with serious environmental issues including possibly having worse climate impacts than some forms of animal agriculture.

Cultured meat is a gamble we don't have time for. Building an industry that could replace a significant portion of worldwide meat production from slaughtered animals may take up to 100 years, far too long to help avoid the current climate crisis.

A better and more certain way to help the environment and the animals is to encourage people to go vegan.

Please read our original 2018 article below.

Is it ethical to grow cultured meat to feed the world's population? Or is this the wrong question to be asking?

Recent reports have claimed that cultured meat may be necessary to feed the world's population by 2050, to avoid widespread famine and to prevent environmental disaster.

But if our real goal is to find a way to feed the world's population without destroying the earth, then there are much more effective ways than to grow cultured meat.

But if we do accept that growing meat may be a valid way to feed the world's population, there are still many aspects about it that are unethical.

Cultured meat is not yet available at a reasonable cost, whereas a vegan diet is already known to be the best diet for the planet and can be very cheap. This diet uses the plant products already known to us and proved over thousands of years to be healthy and beneficial. The human body has no nutritional need for animal products and can thrive on a plant based diet. A world-wide promotion of a vegan diet would be a much faster and more effective way to deal with the issue of hunger as well as chronic health issues, global warming and ending the use and exploitation of animals.

Current methods for growing cultured meat still cause immense suffering of animals, both in the harvesting of animal cells to culture and by using the blood of foetuses from slaughtered pregnant cows as the growth medium. While research on a plant based medium is ongoing, so far the only medium that is known to work to create cultured meat is of animal origin. And no one knows how long it will take for scientists to create an animal-free growth medium.

One possible way to create a growth medium which does not use blood serum from animals is by genetic modification to synthesise it. But would people want to eat such a Frankenfood, especially when delicious plant based meats are readily available in the supermarkets right now?

Cultured meat is an inefficient use of natural resources. It currently takes 50 litres of growth medium to produce a single beef burger. Even if the technology becomes available to allow cultured meat to be grown using nutrients only derived from plants, it would still be an inefficient, and hence unethical, use of these resources. It would divert plant products from feeding humans directly to feeding lab meat. In addition, the energy requirements of the factories would probably be very high.

Another issue is that it is unethical to promote unhealthy food. Smoking is strongly discouraged by government health departments because of it's role in cancer. There is a growing movement against advertising fast food to children. As for meat consumption, there is plenty of evidence for the negative health effects of eating meat. The World Health Organisation has declared that processed meat causes bowel and other cancers and that there is a positive association between eating red meat and bowel cancer.

So even if meat could be grown ethically, it would unethical to promote it as a food. Artificially grown meat would still cause the same health issues that animal meat causes and this does not take into account the unhealthy chemicals and antibiotics that must be added to cultured meat to prevent rotting.

Regarding the argument that cultured meat may help reduce the suffering of animals, it may actually prop up the dominant view that humans have a right to use animals and normalise the property status of animals. We need to encourage people to see animals not as "food", but as sentient beings who value their own lives and bodies and who should not to be treated as property. We should encourage the idea that animal foods are things that should repulse and not attract us.

Support for cultured meat reinforces the commonly held view that humans need to eat meat to survive. Instead, we should educate people that a diet of vegetables, fruits, grains, beans, nuts and seeds contains all the essential nutrients we need.

This new technology isn't available yet but we do not need to wait until lab meat has been developed to full production to start solving environmental issues and the problems of feeding the world population.

For the sake of humans in need of food, animals suffering in the agricultural industry, the environment and our health, we should be moving towards a vegan world and not a world full of artificial manufactured meat products.

A purely plant based diet is the best diet for humans and so it is not necessary to consume any form of animal product to lead a very healthy life. Millions of vegans around the world have shown this to be true.