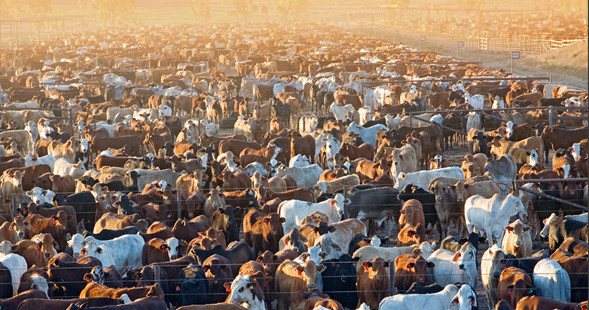 We thank Stephanie Marks and Jennifer Maverick for preparing this submission.

We note that an extension was granted for our submission (deadline Tuesday 6 November). As our organisation is run entirely by volunteers, we appreciate the additional time.

We would be happy to discuss any aspect of this submission or to expand on any of the information that we have included.

Climate change and the consequences of global warming are prominent global environmental issues (Bulkeley, 2000). Excessive production of greenhouse gases [GHG] by society has exacerbated the natural global warming effect and altered the Earth's climatic cycle (Garnaut, 2008). Industrial processes, waste, transport, land use and forestry, and agriculture are primarily responsible for the release of GHG's and thus contribute directly to climatic variation (Garnaut, 2008). Trends indicate that global emissions are likely to double between 2005 and 2030 (Garnaut, 2011). More specifically, recent statistics reveal that Australia's per capita emissions are among the highest in the world (Garnaut, 2008), a figure projected to increase considerably over the next decade (Garnaut, 2011). To battle these issues the following have become defining features of Australian government environmental policy: the reduction of GHG emissions, the 'carbon footprint' of Australians and sustainable living measures (Department of Climate Change and Energy Efficiency, 2012).

However, it should not be the responsibility of government policy to reduce GHG emissions and thus the resultant effects of such emissions. The nature of this problem requires both collective and individual ethical responsibility (Potthast & Meiisch, 2012) as human action exerts continued pressure on the environment. Every constituent of society has a 'carbon footprint'. An individual's carbon footprint is defined as their impact on the environment (measured annually) resulting from particular lifestyle choices of which diet is a substantial contributing factor. Food production and consumption exerts great pressure on the environment from the initial resources consumed in production through to the delivery of the end product to the plate. As consumers, we indirectly contribute to the emissions released by agriculture and food production, as our choices dictate the necessity for these industries. For example, an individual is not simply purchasing an animal-based product (e.g. meat, seafood, dairy, eggs, etc.), but also engaging in the process of transforming plants into animal proteins and other nutrients, a process deemed extremely inefficient and polluting (Baroni, Cenci, Tettamanti, & Berati, 2007).

To aid your understanding of our comments, please refer to the following definitions for clarification:

Animal-based diet: an "omnivorous" diet inclusive of animal-derived products such as meat, poultry, seafood, dairy and eggs, as well as plant foods.

Plant-based diet: a "herbivorous" diet inclusive of plant foods such as fruit, vegetables, nuts and seeds in the absence of animal-based products.

Numerous studies have indicated that plant-based diets cause less detrimental impact on the environment in comparison to other dietary lifestyles (Leitzmann, 2003; Pimentel & Pimentel, 2003; Reijnders & Soret, 2003). As such, individuals should increase their consumption of unprocessed plant-based foods to reduce their carbon footprint and should be encouraged to avoid consumption and/or overconsumption of animal-based products, processed foods and drinks.

We suggest a change from "lean meat and poultry, fish, eggs, tofu, nuts and seeds, and legumes/beans" to a more general description such as "Protein Sources". We agree with the practical considerations put forward by the appendix, which suggests individuals attempt to reduce environmental impact by choosing protein sources that have a lower environmental impact. However, we contend that the appendix should suggest non-animal derived alternatives as preferred over animal-derived protein sources (e.g. pork, poultry, eggs and seafood) as production of all non-animal derived protein sources have a lower environmental impact (Reijnders & Soret, 2003). Non-animal, plant based derived protein suggestions may include: tofu, tempeh, nuts and seeds and legumes/beans. The argument for the inclusion of such suggestions is based on the following arguments:

Table 1. A comparison of production efficiency across protein sources

It is further suggested under Guideline 2 that the public not be encouraged to consume dairy (milk, yoghurt, cheese etc.). This argument is based on the following:

We suggest that the guidelines justify the inclusion of dairy and provide alternative sources for justifications provided (alternatives that have a smaller environmental impact such as soy milk, sesame seeds, tofu, kale, broccoli, beans etc as a source of calcium). This argument is based on the following two factors:

1) Dairy has a significant negative impact on the human body, particularly calcium levels (Barzel & Massey, 1998). Dairy intake has been linked to:

2) Although less intensive animal systems are less detrimental to the environment, all have unacceptable impacts compared with plant based sources of nutrients.

It is further suggested that under Guideline 2 the public be encouraged to consume a variety of nutritious plant-based foods that are predominantly organically farmed. This argument is based on the following:

We propose that the guidelines highlight that a reduction of all animal-derived products - meat, seafood, dairy and eggs in one's diet is a valid method by which saturated fat can be reduced. This argument is based on the following: