Speech at Nup to the Cup event at NSW Parliament 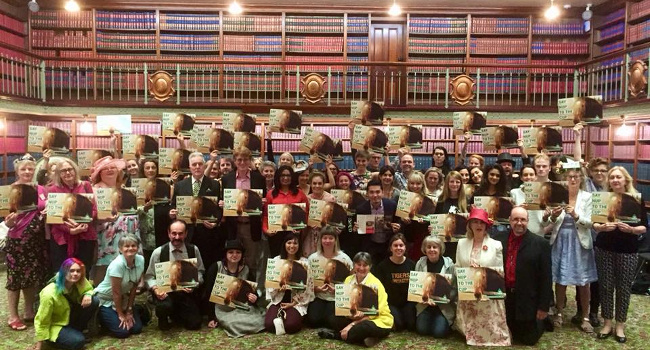 The following speech was made by Greg McFarlane, Director of Vegan Australia, at the Nup to the Cup event at the NSW Parliament House on Tuesday 7 November 2017. The event raised awareness of the animal suffering involved in the horse racing industry.

Melbourne Cup Day gives us the opportunity to reflect on how horses suffer and die in the racing industry. It also gives us an opportunity to raise awareness and educate others about their suffering.

I will briefly look at some of ways that horses suffer due to their use in the racing industry.

This list could go on and on. But in summary, racehorses often lead a boring life, interspersed with intense activity that damages their body and organs. Most end up in a slaughterhouse well before their natural life span.

Melbourne Cup Day also gives us an opportunity to let people know that animals also suffer in many different ways when they are used by humans, whether for racing, food, clothing, entertainment or any other purpose. The Cup is an example of speciesism, where humans believe they have the right to treat other species as objects, as commodities and as ways to make a profit. Whether it be horse racing, dog racing or camel racing, or whether it be the farming of chickens, pigs, cows or sheep, all animal use results in unnecessary suffering and death and as long as we see non human animals as ours to use (no matter how "kindly" we use them) things will never truly change for them.

Surveys show that 99% of Australians are against animal cruelty, so it is crucial that we become advocates for all animals and educate, educate, educate. Australians already hold the basic belief that animals should not suffer unnecessarily. The first step in ending this unnecessary suffering is to raise awareness and to show that humans can live healthy, happy, fulfilled lives without attending horse races, without eating animal products and without wearing clothing made from animals. For each of these activities there are plenty of alternatives that do not cause suffering to animals.