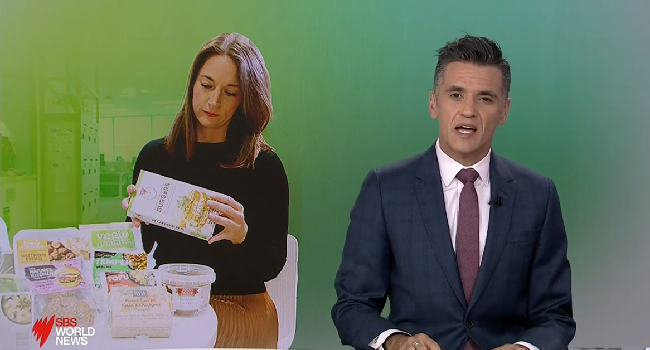 A poorly researched piece on SBS World News on 11 September 2019 tried to link a vegan diet with heart disease. It starts with the words "eating a whole foods diet is becoming increasingly popular" and then goes on to hear from a man who had a heart attack, thus helping to set up the link in people's minds.

While new research by the Heart Foundation showed that "some" meat alternatives are high in salt, the item does not also explain that "some" meat products are also high in salt (as well as high in cholestorol, fat and other nasties that contribute to chronic diseases).

The news item even says that men consume much more salt than women, while ignoring the fact that men eat much more meat than women and are much less likely to be vegan. In the news story it remained up to people interviewed in the street to point out the fact that the healthiest diet is whole foods plant based. Why didn't the Heart Foundation say this? The item also included this quote: "Vegan Australia says veganism shouldn't be confused with a healthy diet. It's about avoiding animal suffering. But they support better labelling on food packages and say a whole foods diet is always best."

Here is the full news broadcast. The vegan item starts at 22 minutes.

Here is similar article with a misleading headline, this time from the ABC: Vegan and vegetarian meat substitutes could pose health risks, researchers warn.