Questions for candidates in the 2019 Federal Election 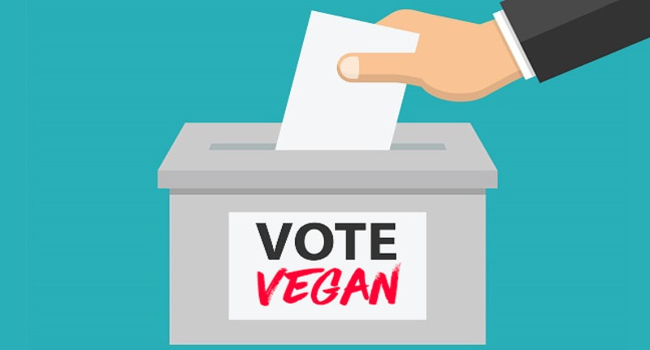 In the lead up to the 2019 Federal Election, Vegan Australia, in association with Vegan NSW, put together a list of questions to send to political parties and candidates to help us understand how they rate on issues such as the well-being of animals, caring for our environment and our health and the protection of equal rights.

The questions and statements are below. You can find out how the parties and candidates rank on issues important to vegans on our election page.

Vegans seek to live in a way which respects animals and avoids unnecessary harm to them. Vegans choose non-animal foods, clothing, and entertainment. Veganism has significant environmental benefits and a well-planned vegan diet is healthy. The growth of veganism shows how important caring for animals, the environment and health is to many people.

Vegan Australia and Vegan NSW are canvassing candidates in the 2019 Federal Election in relation to the issues below. Please also let us know your party name as well as your name, email and phone number.

The public is increasingly concerned about the harm caused to animals in agriculture, research, sport, entertainment and other sectors. The suffering and death of animals for the purpose of human entertainment is particularly abhorrent to many, and the efforts of governments to protect the animal agriculture industry from public scrutiny is equally concerning. Testing pharmaceuticals and cosmetics on animals is increasingly being recognised as misleading and ineffective. The next Australian government can lead the way in protecting animals from these abuses.

Do you have any further comments on animal well-being?

Animal agriculture contributes significantly to today's most serious environmental problems, including climate change, loss of fresh water, land clearing, air and water pollution, soil erosion and loss of habitat. The evidence for this is widely accepted, including by key organisations such as the Food and Agriculture Organisation, the UN Environment Programme, the Intergovernmental Panel on Climate Change, and even the Australian Department of Agriculture. As the global population surges towards a predicted 9.1 billion people by 2050, western diets rich in meat and dairy products are unsustainable. Dairy incurs an especially high water and greenhouse gas emission cost. The next Australian government can take significant steps to address these environmental problems.

Do you have any further comments on animal agriculture, climate change and sustainability?

The evidence is now clear and widely accepted that a balanced plant-based diet is healthy in all stages of the human lifecycle. Evidence is increasingly clear that diets high in animal-based foods are harmful to human health. Some products are particularly harmful, with the World Health Organisation declaring that processed meat causes bowel cancer and removing dairy as an essential food group. The next Australian government has the opportunity to influence people towards healthy food choices.

Do you have any further comments on diet and health?

Most vegans in Australia have sufficient access to suitable food, clothing and entertainment. However, some experience significant barriers to living according to their ethical beliefs. Examples include: misleading advertising of products that harm animals, lack of availability of healthy balanced plant-based foods in a range of environments, work-based rules requiring use of non-vegan products, and out-of-date health workers who perpetrate disproven nutrition myths.

Do you have any further comments on consumer information and access to vegan products?