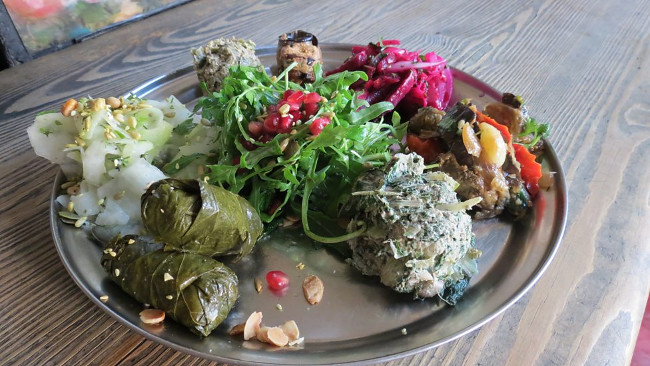 For several years major news outlets have been publishing stories praising the Israeli army for catering to vegans. Most of these stories ignore the actions of the army in the occupation of Palestine. The following are excerpts taken from an article by vegan Ahmad Safi, Executive Director of the Palestinian Animal League, giving their perspective on the "IDF's vegan warriors".

"As a vegan Palestinian, I welcome the news that more people around the world, regardless of where they live, are choosing to take animal cruelty out of their diets and practices.

"No, it is not the progress of the animal rights movement in Israel that concerns me or gives me cause for criticism. My concern is with the promotion of the Israeli Armed Forces (the IDF) and veganism as an interrelated theme; using the supposed 'vegan credentials' of the armed forces, whose role is to uphold the illegal occupation of Palestinian land with weapons and brute force, as a means to perpetuate the Israeli government's rhetoric that the IDF is the most "moral army in the world".

"I am someone who has had family members and friends killed, abused, arrested and held without charge or trial by the Israeli armed forces. I am someone whose own home was destroyed by the IDF as part of Israel's ongoing (illegal) policy of collective punishment and I am someone who, myself, was beaten so badly by a sergeant in the Israeli army when I was ten years old that I coughed up blood from internal injuries.

"Would my experience, or that of my friends, family, fellow countrymen and women be different if the boot that kicked me was vegan, or the hat on the sniper's head who took my uncle's life was made from polyester, not wool? No, of course not.

"When animal advocates congratulate the IDF for eating couscous during their lunchbreaks but pointedly ignore the starring role the IDF plays in the violent oppression of the Palestinian people, this sends a clear message to us that our plight is unimportant. It is sending the message that the vegan boot is more important than the young boy's body it is used to kick. It is sending a message that the wool content of the beret is a more pressing issue that the deaths caused by the automatic weapon its owner wields."

Read the full article on the Palestinian Animal League website.