New book calls for ethical vegan leaders to rise up 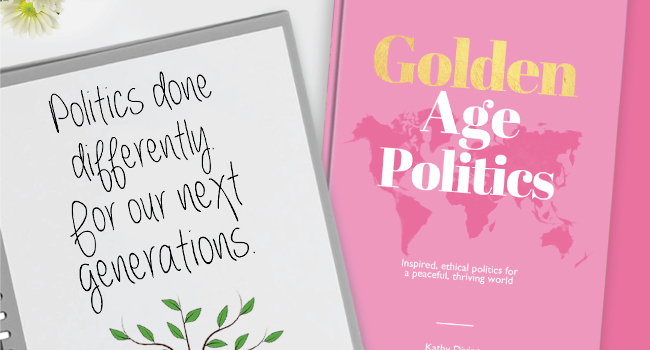 Kathy is a prolific author and publisher and organised the world's first vegan women's leadership conference in 2018.

Kathy is also a disability rights advocate. As well as having two long-term debilitating genetic medical conditions she also has Asperger's Syndrome. Despite this, she constantly pushes herself out of her comfort zone to speak out about ethical leadership and provide platforms to champion other vegan voices.

This is a book of ideas to ignite the hope of disillusioned voters and inspire vegan leaders, particularly women or others who embody the feminine principles of kindness and compassion, to consider how they can create a difference in this world and start developing their ideas about how politics could be, if it was honest and ethical.

Kathy wrote the book for people who are not usually into politics. "Environmental destruction, exploitation of people and abhorrent cruelty to animals are the bedrock of patriarchal governments today and this has to change.", says Divine.

The book aims at capturing the imagination of even the most apathetic, politically unengaged person and re-inspire weary change makers.

The pre-launch is being run on Kickstarter until 26 August, ahead of the official launch on 21 September (International Day of Peace) in time for the US elections.

Funds raised during the campaign will be used for printing books and posting free copies to politicians, influencers and the mainstream media.

To find out more visit the Golden Age Politics Kickstarter campaign before 26 August.