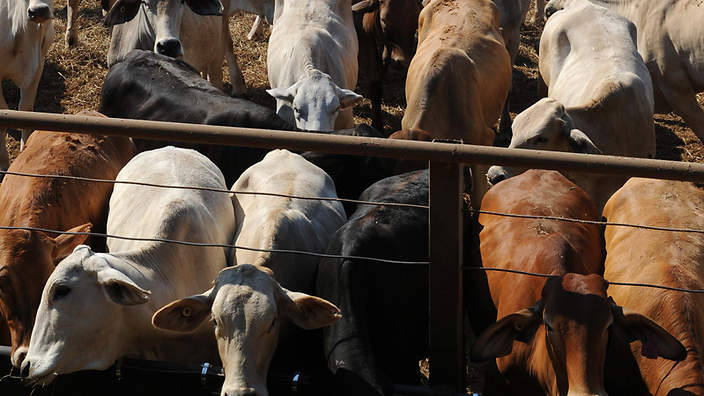 There has been a major shift on the issue of climate change from one of Australia's most influential farming groups, but vegans say this will not be enough to keep global warming to a safe level.

In a move spearheaded by NSW Young Farmers, the NSW Farmers Association has updated its policy on climate change which now calls on governments to support renewable energy.

This change marks a significant departure from their previous position which was sceptical of whether humans were responsible for climate change.

The president of the association, Fiona Simpson, urged action on climate change, saying "we must get rid of fossil fuels and we must start talking about climate change." She noted that "the changing climate is an issue that does affect farmers. We've been dealing with it on a daily basis." The new policy encourages governments to support the transition away from fossil fuels.

In response, director of Vegan Australia, Greg McFarlane said "while this is a positive move, by concentrating on fossil fuels and renewable energy the NSW Farmers Association is still ignoring the greatest cause of greenhouse gases - animal agriculture."

In its recent Land Use report, the climate research organisation Beyond Zero Emissions concluded that animal farming is responsible for 48% of greenhouse gas emissions in Australia, significantly larger than any other sector, including energy production and transport.

McFarlane said "The farmers are right to be worried about the effects of climate change, but if they are serious about tackling this issue they must also do something about the huge negative impact caused by animal agriculture."

Pointing out that the Australian Dietary Guidelines clearly state that vegan diets are healthy and nutritionally adequate and are appropriate for individuals of all ages, McFarlane said that "humans can thrive without the use of animals. It is also clear that the process of breeding, raising, and killing animals for food causes great suffering. For the sake of animals, people and the planet, it's time we stopped using animals as resources."