Meat is source of new antibiotic resistant bacteria in US 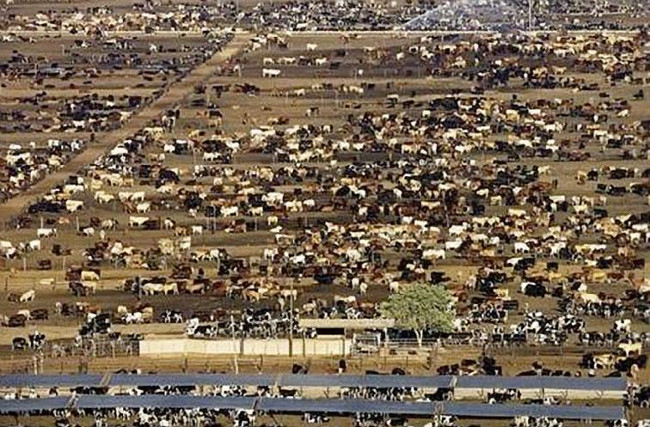 A strain of bacteria which is resistant to antibiotics of last resort has appeared in the US. Public health officials say this could be "the end of the road" for antibiotics. The bacteria has also been found in people in China, Europe and elsewhere. Resistance to current antibiotics is increasing faster than the development of new drugs.

Antibiotics are routinely given to farmed animals and this has led to the evolution of bacteria which are becoming resistant to the strongest antibiotics. The mutated genes which enable the bacteria to resist antibiotics can leap from farmed animal to human microbes through the eating of meat.

Australia has among the highest levels of antibiotic use in the world. Well over half of all antibiotics used in Australia are fed to farmed animals. Overcrowded conditions and regular use of antibiotics allow bacteria like E. coli to evolve and become resistant to the same antibiotics we expect to treat humans with.

The potential for diseases to transfer from animals to humans has been known for years but is still increasing. If we continue to grow and consume animals, common and treatable infections may become life threatening. By quickly moving to a vegan diet, we can reduce the risk of antibiotic resistant bacteria evolving even more. Live vegan!