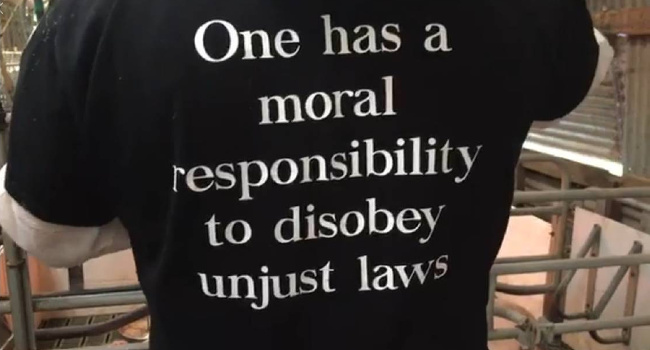 There were many excellent submissions to the Senate inquiry and we would like to quote from some of them below. Overall they give a clear picture of the danger these proposed laws pose to both human and animal lives. As background, the national proposed laws seek to further criminalise using the Internet to distribute information about a protest or action that might incite other people to trespass or damage property on farm land.