Making the link between food choices and sustainability 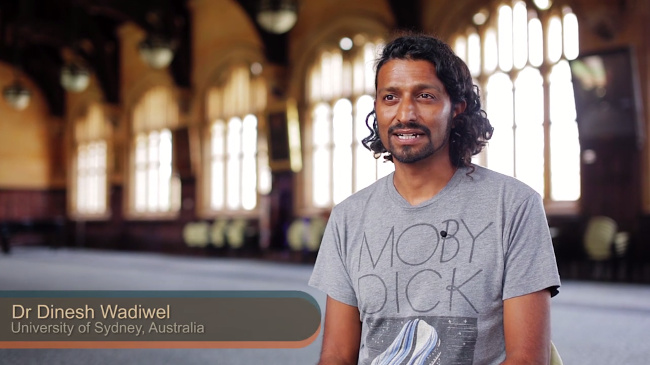 In recent years, many large institutions have been "going green". They have made public commitments to sustainability and are divesting from carbon intensive industries and introducing measures to reduce their carbon footprint. Unfortunately, they usually do not include the environmental or ethical impact of animal based foods in their definition of sustainability, even though animal agriculture is one of the largest emitters of greenhouse gases.

A team of researchers from Australia and other countries have looked into how to encourage these institutions, especially universities, to recognise the negative impact animal agriculture has on the environment and to include this in their sustainability actions.

As part of their work the team has produced a video outlining their research. In the video, Professor Stuart White, Director of the Institute for Sustainable Futures, UTS, says that "universities have a key role to play in thinking about sustainability, acting on sustainability, and also incorporating the question of food choices. We have analogies with fossil fuel divestment, with universities trying to reduce their own greenhouse gas emissions from an operating point of view. We could apply the same thing by extending the system boundary to talk about food." He goes on: "The embodied cruelty, the relationship we have with other sentient beings, is a crucial part of thinking about sustainability and about the future."

The team has also produced a report titled "A Sustainable Campus: The Sydney Declaration on Interspecies Sustainability". The report begins by presenting the evidence for the impact of animal agriculture on climate change and looking at what impedes cultural change around meat consumption.

It then focuses on how universities can modify their sustainability initiatives to be more effective. Suggestions include educating students and the broader community on the key contributors to climate change and areas for action, including animal agriculture and food practices. It also suggests that universities include interspecies ethics in their social justice commitments. Finally, it suggests universities use campaigns and incentives to promote plant-based diets.

Below is the introduction to the report.

In response to growing concern about climate change, a number of institutions including government agencies, businesses, media organisations and financial services (including superannuation funds), have announced initiatives to divest from carbon intensive industries and pursue 'sustainability' as a core value. Universities are amongst this group. For example, in February 2015, the University of Sydney (Australia's third largest University, with approximately 52,000 students), announced that it would reduce its carbon footprint in three years to a level that is '20 percent lower than the average blended emission rate of the markets' (Watts), and that it would introduce carbon footprint reporting on investments, become a signatory to the CDP (Carbon Disclosure Project), and join the UN-Led Portfolio Decarbonisation Coalition. Staff and students are encouraged to assist by: recycling; choosing low-carbon travelling options (public transport, cycling, or walking); using energy-efficient equipment; and using reusable coffee cups and water bottles. But notably absent is any mention of food practices that might also impact upon 'sustainability'. Indeed, missing from the University's definition of sustainability is any mention of campus food practices and reliance on, or investment in, animal agriculture, the latter being one of the top three emitters of GHG (greenhouse gases). Other universities have acknowledged that reducing reliance on animal based foods as part of campus food practices is a key sustainability strategy, but as our example of the University of Sydney demonstrates, this commitment is far from uniform or consistent (as we outline in Part 4: Universities in focus). In this regard, there is scope for 'mainstreaming' the link between campus food practices and reliance on investment in animal agriculture and university sustainability objectives, in order to achieve consistency in how universities, as core institutions, achieve change. We argue here that under the remit of an expanded definition of sustainability - one that acknowledges animal agriculture as a key carbon intensive industry, and one that includes interspecies ethics as an integral part of social justice - institutions such as Universities can and should play a role in supporting a wider agenda for sustainable food practices on campus. By drawing out clear connections between sustainability objectives on campus and the shift away from animal based products, the objective of this article is to advocate for a more consistent understanding and implementation of sustainability measures as championed by university campuses at large. We will draw out clear connections between sustainability objectives on campus and the shift away from animal based products. Overall, our arguments are contextualised within broader debates on the relationship between sustainability, social justice and interspecies ethics. We envisage that such discussion will contribute to an enriched, more robust sense of sustainability - one in which food justice refers not only to justice for human consumers and producers of food and the land used by them, but also to justice for the nonhuman animals considered as potential sources of food themselves.