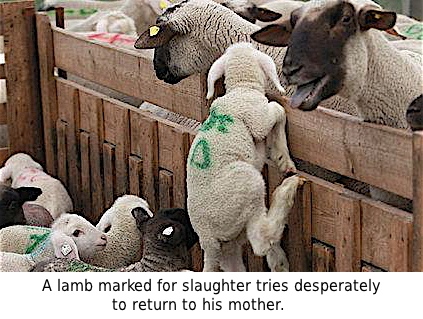 2014 is the year of veganism. Sam Kekovitch and the Australian meat industries feel so threatened by the growing wave of awareness that they have targeted vegans directly in their new TV ad campaign. According to Vegan Australia, vegan ethics and practice is entering the mainstream at an accelerating rate.

This Australia Day, Vegan Australia is calling for Generation Peace. "We all want a better world for our children, so at every meal let's teach them that violence is just not OK, it's un-Australian," says Greg McFarlane, Director of Vegan Australia. "Start with what is on their plate. Don't serve them up the results of raising, feeding and slaughtering baby animals, but give them plenty of delicious vegan food, like legumes, grains, fruits and vegetables. You will then be putting an end to the cycle of violence: the idea that, since we have power over other animals, then we have the right to exploit and use them."

"None of us need parts of other animals to thrive and be healthy. So instead of following Sam Kekovitch, think for yourself and give the lambs (and all other animals) some peace this Australia Day," says McFarlane. "It's easy and there is some great help at veganeasy.org."

This media release was picked up by The West Australian newspaper in an article "Give lamb-assador the chop: vegans".