Just good business: why all restaurants should add vegan options to their menu 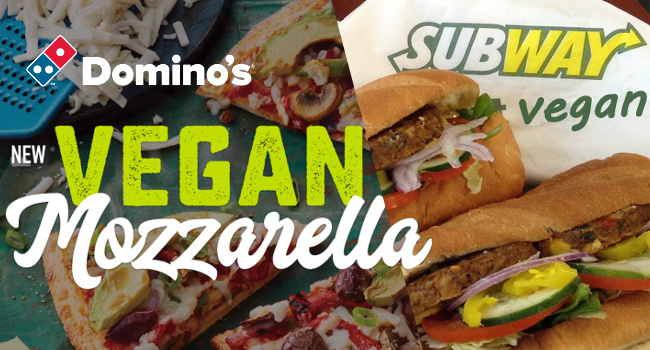 From the local cafe to national chains, more and more restaurants are now catering to the growing demand for vegan food options: vegan pizzas at Domino's, Crust and Pizza Hut, vegan Mexican dishes at Montezuma's, Zambrero and Guzman and Gomez, vegan burgers at Grill'd and Hungry Jacks, vegan subs at Subway and even several vegan items at Hog's Breath Cafe, including a Crispy Vegan Schnitzel Burger.

Vegan Australia is encouraging non-vegan restaurants to include vegan options on their menu through our Vegan Dining Campaign, where we assist restaurants to tap into this growing trend for consumers to opt for healthy and cruelty-free fare. By providing a vegan menu, restaurants can show innovation and forward thinking.

Clubs and pubs are also jumping on the bandwagon, exploring how easily vegan options can be incorporated into pub or bistro menus, with an article soon to be published in the Clubs and Pubs Manager magazine.

The benefits to restaurants of having good vegan options are many. High-quality vegan food is a great solution for caterers because it appeals to just about everyone - it's tasty, healthy, ethical and planet-friendly. Having good vegan options on the menu will broaden the customer base and means the restaurant is automatically ready to cater for practically any customer who comes through the door.

Vegan food is inclusive and is suitable for:

In addition, restaurants that cater for vegans are more likely to win the custom of group bookings where some members of the group are vegan. If a restaurant does not provide good vegan options, they may lose the entire group via "the veto vote".

It often takes just a few small changes to make vegan food available and in the process improve business. As well as bringing in new customers, for restaurants most vegan food has the bonus of being cheaper with larger profit margins.

Vegan Australia is campaigning for more vegan items on menus because we want to increase the convenience, acceptability and accessibility of being vegan. This will make it easier for people to become vegan and stay vegan and so mean less suffering and death for animals. It will also be better for the environment, improve people's health and reduce the pressure on food resources worldwide.

The number of Australians who at times eat vegan meals is huge and can not be ignored by food businesses. A Roy Morgan Research study in 2016 found that there were over two million Australians whose diet was all or almost all vegetarian. This represents over 11% of the population and a 15% rise over the previous four years. The study also found that almost 10 million Australians are eating less red meat. Commenting on the study, Roy Morgan's industry communications director Norman Morris said: "If they have not already, supermarkets and eateries would be wise to revisit their vegetarian-friendly options to ensure they are catering adequately for this growing, and potentially lucrative, consumer segment."

To progress the Vegan Dining Campaign, Vegan Australia plans to:

If you are able to help out with this campaign, please get in touch.

This article appeared in the March 2018 issue of The Australian Vegan Magazine (page 14).

Note that since this article was written menu and hospitality consultants Every Seat at the Table have launched. They help restaurants, cafes and other food services operators cater more effectively to vegan diners.