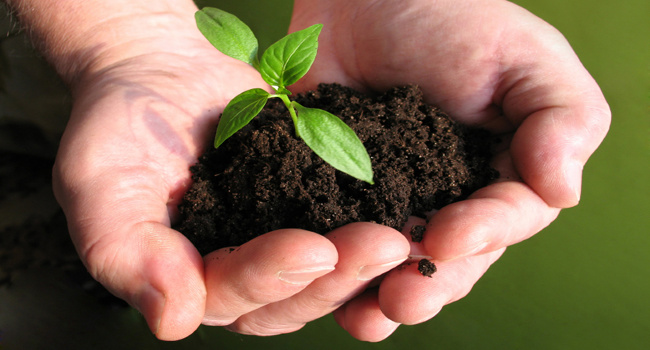 Below is the presentation made by Vegan Australia to the hearing of the Productivity Commission's inquiry into the regulation of agriculture (including animal welfare) on 19 August 2016. During the presentation the commissioners listened attentively and asked followup questions afterwards. A full transcript of the hearing is available (see Links below).

I'd like to thank the Productivity Commission for allowing me to present Vegan Australia's submission to the inquiry. Our submission mainly addresses the issue of animal welfare. In one sentence, our submission calls for a complete phase out of all animal agriculture over the next 10 years.

We note that the draft report contains the following statement: "There are some Australians who do not consider it appropriate to use animals for commercial purposes. For example, Vegan Australia advocates for animals to be able to live free from human use."

We deal with a number of issues in our submission, but each one of them is based on the idea that animals are not ours to use. They value their own life and body and have an interest in continuing their existence and avoiding suffering. They should be treated with respect and justice and should not to be treated merely as commodities. Further, production of animal products necessarily results in their suffering and death.

In addition, humans have no need for any animal products and in particular are able to live healthily on a vegan diet. In fact, many people who adopt a nutritious vegan diet will enjoy significant health improvements by reducing the risk of major killers such as heart disease, stroke, cancer and diabetes and reducing the health care burden from these chronic diseases.

Our submission attempts to show two things. First, that any agricultural system that uses animals will cause suffering to those animals. And second, that humans do not need to consume any animal products, as has been shown by extensive research in nutritional science.

Nearly all Australians believe that we should avoid causing unnecessary suffering to sentient beings as much as possible and our submission gives evidence for this community view.

Based on this principle, we propose the following.

I would now like to touch on some of the other issues we address in our submission.

First, the phasing out of animal agriculture would be of great benefit to the environment in Australia. Raising and processing of animals for food is a major cause of environmental damage, including land degradation, water shortage, deforestation, ocean degradation, air pollution and climate change.

Another issue we address is food labelling. We propose that the labelling of meat, dairy, eggs and other animal products must include an honest description of the suffering the animals endured during the production process. The current situation, where most labels contain no information about the treatment of the animals used in the production process, is deceptive and misleading to buyers.

We include in our submission an example label that could be used for dairy products. The label describes the suffering endured by a typical dairy cow and her calves. The following is a modified version of the example in our submission:

Another example of honesty in labelling would be to replace the pictures of happy hens on egg cartons with a graphic description of most hens' short miserable lives.

After releasing our submission we have received excellent feedback for this labelling proposal. One suggestion was to use the model of cigarette packaging which has a graphic image and a warning in bold such as "Cigarettes kill" or "Quitting will improve your health" and on the side of the pack a more detailed description. I'd like to quote this from one of our supporters: "It should be a level playing field. We are incessantly bombarded with dishonest marketing to purchase animal products and that should be countered to allow consumers to make informed rational choices". We would like to point out that an important goal of regulation is to ensure consumers are able to make informed rational choices.

Another issue is access to animals on farms. We agree with the draft report that "one way of reducing trespass is to remove the motivation for it." The reason animal activists trespass is to obtain photographic evidence of suffering caused by standard farmed animal practices and conditions. We propose that farms should be required to allow access at any time so that farmed animals can be inspected and freely filmed.

Finally, we have had good support since releasing our submission earlier this week. Most of the messages we have received have been very supportive but a few have been critical. Some criticisms are that we are unlikely to get everyone to go vegan, we are unlikely to convince the Commission to ban animal agriculture, it sets us up for failure and not being taken seriously and so we should strive for a more achievable goal.

By "more achievable goal", people usually mean advocating for some sort of better conditions for the animals who are suffering now. We have heard a number of excellent presentations today on this topic and we in no way want to undermine those. However we would like to point out that there have been animal cruelty laws for about 200 years and yet the conditions most farmed animals suffer under now is worse than ever. A better way is to stop using animals in the first place. To advocate for anything less is to sell the animals short.

Of the 90 submissions commenting on the issues paper in February, Vegan Australia was the only organisation to include the explicit goal of phasing out animal agriculture. I suspect we will be the only one during this round as well. The many detailed cases exposing the suffering of farmed animals have been fully presented by other organisations. Whilst some suffering can be reduced we contend that suffering is unavoidable in any animal agriculture system.

In any case, our submission includes a number of proposals that can be done without the farmed animal welfare body committing to ending animal agriculture, such as the community education role for the body, the honesty in labelling proposal and allowing full access to animals on farms.

References used in the preparation of this submission include two reports by Voiceless which contain details of the suffering which is standard practice in the dairy and chicken industries: The Life of the Dairy Cow, A report on the Australian Dairy Industry and From Nest to Nugget, An expose of Australia's chicken factories. General background on the ethical argument against animal use in agriculture can found in the book Eat Like You Care by Gary L. Francione and Anna Charlton.

I thank the commissioners again for allowing me to present Vegan Australia's submission and I am here to answer any questions.