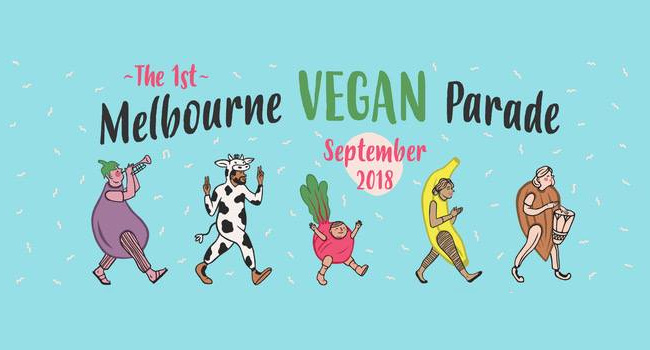 New York, Cape Town, Toronto and Prague all have parades to celebrate veganism.

It's global! And it's time Australia joined in with our very own vegan parade. The goal is to have a parade in all major cities, but first we are starting with the most vegan city in Australia: Melbourne!

The Melbourne Vegan Parade aims to:

Celebrate: Celebrate our vegan lifestyle - we want to appreciate all of our hard work, as well as create a welcoming and inclusive space for others to explore the possibility of being vegan.

Connect: Create a space for vegan folks to come together and build community, as well as share resources and connections with each other.

Educate: Educate non-vegan folks on the benefits of living a cruelty free lifestyle. Learn how it positively impacts animals, the environment, and their health.

Like Mardi Gras and Moomba, the Parade will be a creative, colourful, fun and inclusive event.

Vegan Australia will be hosting the event in September and we need keen vegans to help make this event a success.

We are looking for: