Fruit and vegies can make you happier 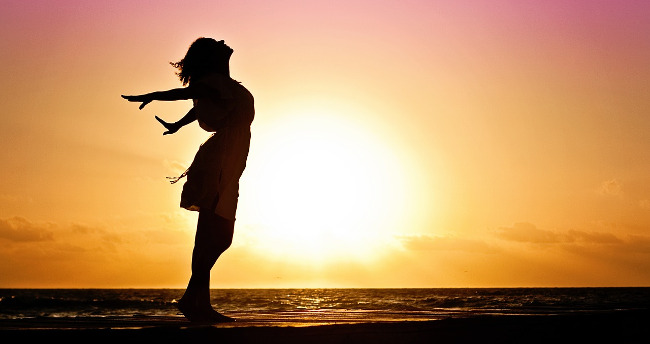 Forty-five percent of adult Australians aged 16-85 years will suffer from a mental illness at some point in their lifetime1. Mental disorders may include depression, obsessive-compulsive disorder, schizophrenia, generalised anxiety and eating disorders. If left untreated, many disorders may increase in severity or even lead to suicide2. Life is undoubtedly difficult for people affected by mental illness; they need to deal with the disorder in order to function in their everyday lives, and cope with the financial expense of getting treatment. Whilst the Australian Government subsidises some mental health care costs, the burden on the community and individuals alike, is rising. On a positive note, mental illness like many physical illnesses, may improve under a well balanced whole food plant based diet3,4. A number of studies have been carried out highlighting the significant difference in the mental wellbeing of participants who were eating a vegan diet compared to those who were not.

According to the Australian Bureau of Statistics, the annual cost of mental illness in Australia for 2007 was $20 billion1. This figure includes the cost of lost productivity and labour force participation. In the same period, aside from the direct effect of population growth, the overall number of mental health services subsidised by Medicare doubled to nearly 4 million cases, and State and Territory mental health service expenditure as a whole increased to $3 billion. Similarly, the number of GP visits for mental health reasons in 2007 was estimated at nearly 12 million1. Based on the 2007 data on the growth rate of mental health costs, it is estimated that the total cost in Australia has now reached $30 billion.

In 2015, a separate study examining whether a plant-based diet improves depression, anxiety and productivity was published in the American Journal of Health Promotion. The study incorporated 10 worksites of a major US insurance company and 292 subjects with a Body Mass Index (BMI) greater than 25, and/or a previous diagnosis of Type 2 diabetes. Some participants were given instructions to follow a vegan diet for 18 weeks and some were given no instructions. Their mood was measured using the Short Form-36 questionnaire, whilst work productivity was measured using the Work Productivity and Impairment questionnaire. Those who were in the intervention group reported significantly improved depression, anxiety and productivity compared to those in the control group4.

A recent meta-analysis of data from 16 randomised controlled trials on a total of nearly 46,000 participants found that dietary interventions that aim to decrease the intake of unhealthy foods, improve nutrient intake, and/or produce weight loss reduce symptoms of depression across the population. While only one dietary intervention was completely plant-based, all counselled participants to decrease their intake of ultraprocessed foods such as packaged snacks, pre-prepared meals, instant noodles, soft drinks and ice cream, as well as most animal products, and to eat more fruits, vegetables and whole grains. In some studies, participants were also instructed to eat more nuts and seeds.

A study by the National Bureau of Economic Research, Is Psychological Well-being Linked to the Consumption of Fruit and Vegetables?, found a link between the consumption of fruit and vegetables and high well-being. To quote, "In cross-sectional data, happiness and mental health rise in an approximately dose-response way with the number of daily portions of fruit and vegetables. The pattern is remarkably robust to adjustment for a large number of other demographic, social and economic variables. Well-being peaks at approximately 7 portions per day. We document this relationship in three data sets, covering approximately 80,000 randomly selected British individuals, and for seven measures of well-being (life satisfaction, WEMWBS mental well-being, GHQ mental disorders, self-reported health, happiness, nervousness, and feeling low). Reverse causality and problems of confounding remain possible. We discuss the strengths and weaknesses of our analysis, how government policy-makers might wish to react to it, and what kinds of further research - especially randomized trials - would be valuable."

Dr. Mujcic, a health economist and researcher from University of Queensland, found that people who ate 10 servings of fruits and vegetables per day are happier than those who did not9. The study was based on an annual longitudinal household survey in Australia with approximately 12,000 households or individuals. The study examined the participants' choices of fruits and vegetables, and rated their levels of satisfaction, stress, vitality and other mental health markers. The more fruits and vegetables people ate, the better they feel, with 10 servings being the optimal point. The effects were strongest among women for unknown reasons.

And yet, a typical western diet many Australians follow usually includes meat, fish and poultry. A meat-based diet is high in arachidonic acid (AA) which is mainly found in chicken and eggs. AA is known to contribute to brain changes and inflammation, which in turn have been known to adversely affect mood5. On the other hand, a diet full of whole foods such as fruits, vegetables, nuts and seeds contain an abundance of vitamins and phytonutrients which promote a healthy brain. Nerve cells in the brain communicate with one another through chemical signals called neurotransmitters which include serotonin, dopamine and norepinephrine. Serotonin plays a major role in stabilising mood and balancing excitatory neurotransmitters, namely dopamine and norepinephrine6. Dopamine is responsible for driving motivation and improving focus, whilst norepinephrine is responsible for energy level, focus ability and sleep cycle. Higher levels of these neurotransmitters are associated with increased focus, motivation and higher energy.

For nerve cells to communicate, one nerve cell would release neurotransmitters to another nerve cell. The first nerve cell would then collect these chemicals back to be reused whilst producing an enzyme, monoamine oxidase (MOA), to remove excess neurotransmitters. People who suffer from depression appear to have chemical imbalance and elevated level of the MOA enzyme and in effect, the level of neurotransmitters drop and resulted in poorer mood5. Many plants and spices are inhibitors of the enzyme. For that reason, vegans who are on a whole food plant based diet, are benefiting from healthier physique and mind, due to having the right balance of chemicals in their brains.

Whilst there is a broader, general concern about possible links between depression and deficiencies in vitamins B12 and D and omega-3 fats7, this concern applies to both plant-based and meat-based diets and should be monitored in a wider general health context.

It would be desirable to quantify the financial benefits to society arising from improved mental health due to higher consumption of plant-based foods. However, there is not yet enough reliable research data to make an accurate estimate. It is possible that savings in mental health costs will be significant, as one study suggests that frequent consumption of vegetables appear to cut the risk of depression by more than half5.

In summary, given the above scientific evidence, driving national acceptance and uptake of a plant-based diet could assist in reducing the rise and prevalence of mental disorders and their associated costs. At a personal level, a shift to vegan diet should not cost any individual more than their previous meat, egg, and dairy-based diet8, and may possibly offer much improved quality-of-life outcomes.

Maya Gibson: Maya's passion for animal rights led her to the vegan lifestyle more than a year ago. She is an enthusiastic and engaged advocate for both animal welfare and achieving better health through ethical dietary practices.

Vegan Australia recognises that a plant-based diet is not a universal panacea for mental illness. Mental illness is a complex, multi-faceted phenomenon and may require a number strategies depending on the individual experiencing mental health issues. If you or someone you know needs help you can contact BeyondBlue, Black Dog Institute or Lifeline.