Ethical veganism is now a protected belief in the UK 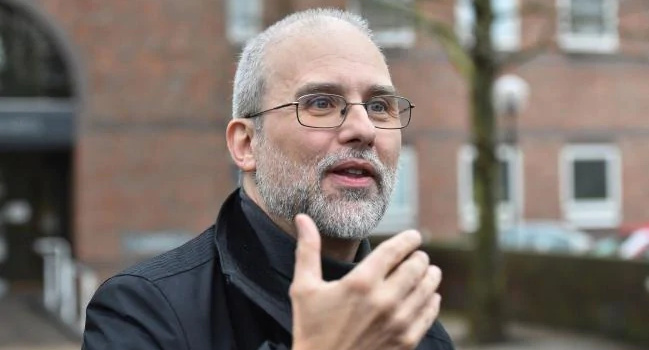 A UK court last week established that ethical veganism is a protected philosophical belief under UK equality law. This means that vegans will be protected from discrimination by law.

The judge in the case stated that veganism "is a philosophical belief, not just an opinion. It is cogent, serious and important, and worthy of respect in democratic society."

The ruling comes after Jordi Casamitjana of London claimed he had been fired as a result of his ethical veganism. Mr Casamitjana said "I'm extremely happy with the outcome of this hearing and for the words of the judge who clearly understood what ethical veganism is."

He added, "I am not alone. Many people have supported me because they, or their friends, have experienced discrimination for being ethical vegans. Hopefully, from my dismissal, something positive will come by ensuring other ethical vegans are better protected in the future."

Casamitjana's council Peter Daly added that abuse of vegans now "might be seen to be harassment in the same way a racist or sexist slur might be discriminatory action."

The case only concerned ethical veganism rather than people adopting the plant based diet for health reasons.

Casamitjana's lawyer, Peter Daly, said the recognition of ethical veganism as a protected characteristic under the Equality Act would have "potentially significant effects on employment and the workplace, education, transport, and the provision of goods and services." This could lead to more employee protection in the workplace.

Mr Casamitjana also said that "vegans have suffered different levels of discrimination because of their philosophical belief in veganism. In a progressive society, aspiring to become more equal and protective of its citizens, I expect that the awareness of such discrimination will increase, and in the future vegans will be protected from unwelcomed mockery, anti-social behaviour and unlawful discrimination. I am aware that steps have already been taken in this direction and therefore I really hope that in the future being an ethical vegan will not only be a healthy, responsible, helpful and productive lifestyle option, but also a universally respected and safe one."