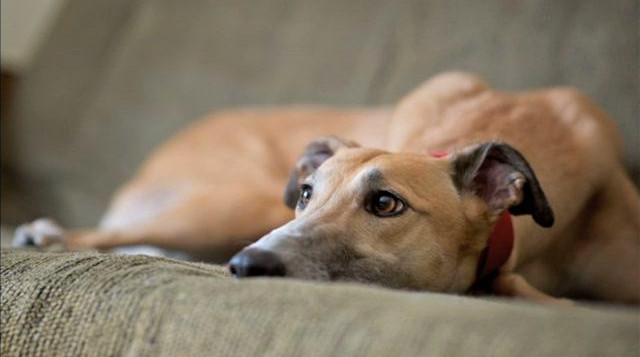 Read the submission below, which was in response to the NSW government review discussion paper.

Vegan Australia thanks the NSW Office of Liquor, Gaming and Racing (OLGR) for the opportunity to participate in the public review process of the Greyhound Racing Act 2009. We are responding to the request by the OLGR for views from interested organisations on any aspect of the greyhound racing industry and base our submission on the Discussion Paper.

Vegan Australia is a national organisation that educates the public about animal rights and veganism and also presents a strong voice for veganism to government, institutions, corporations and the media. Vegan Australia envisions a world where all animals live free from human exploitation, use and ownership. The foundation of Vegan Australia is justice and compassion, for animals as well as for people and the planet.

The public review process of the Greyhound Racing Act 2009 is an opportunity to reflect on our use of animals for entertainment. The purpose of the review is to determine whether the policy objectives of the Act remain valid. The Act provides for the regulation and administration of the greyhound racing industry in NSW through the creation of a number of institutions such as Greyhound Racing NSW.

We call for the Act to be amended so that it prohibits greyhounds from being used for racing and prioritises the interests of the greyhounds and other animals currently used in the industry, providing rehabilitation and rehoming for them. The main objective of the Act should be to completely end the practice of greyhound racing and its terms should be made appropriate for securing this objective. This view is in alignment with public opinion. We see that most Australians are appalled at the behaviour of the greyhound racing industry and they want an end to an industry that causes so much suffering to so many lives.

Successive NSW Governments have adopted an approach to racing industry policy which encourages the promotion, economic development and future viability of the racing industry. We believe that community sentiment has shifted and that the public now objects to government support for industries that exploit or contribute to the suffering of animals in the pursuit of financial gain. State governments have poured millions of dollars into Australia's greyhound racing industry, with money being used to build tracks and provide financial breeding incentives for trainers. Vegan Australia calls for the dissolution of Greyhound Racing NSW and any other bodies that promote the greyhound racing industry and calls on the government to end immediately all direct and indirect support for the industry.

The recently exposed horrendous practice of live baiting in the greyhound racing industry is now well known. While the suffering inflicted on the bait animals is horrific, 'blooding' is just one part of an industry that causes harm in many other ways.

Every year, 17,000 healthy dogs are discarded by the industry because they don't race fast enough to turn a profit. Some 90% of greyhounds born into the industry are ultimately killed. Some of these beautiful but unwanted dogs are exported overseas, used in experiments or 'bled' for medical use before being killed.

Greyhounds who make it to the racecourse commonly endure injuries and all are retired by the young age of three or four years. The reward most dogs get is a death before their fifth birthday.

The racing industry treats animals this way because it exploits and objectifies them to make money. It uses them for entertainment and profit, placing no value on their sentience.

This multi-billion dollar industry contributes to human suffering as well. It encourages gambling, which can be highly destructive and can ruin lives and destroy families and communities.

The objectification and subsequent mistreatment of and cruelty to greyhounds encourages the normalisation of cruel behaviour. There is good evidence showing that people who engage in animal cruelty are more likely to go on to commit violent crimes, particularly violence against women.

The racing industry is able to treat animals this way because it completely ignores the interests of the animals. It exploits and objectifies them, using them merely as resources for entertainment and profit, rather than seeing them as sentient animals, who value their own life and body and who have an interest in continuing their existence and avoiding suffering.

The greyhound racing industry is big business, with some races now offering in excess of $350,000 prize money to the winner. The ability to make large sums of money encourages people to do anything necessary in order to gain an advantage.

Simply outlawing 'blooding' or enforcing regulations will not end the suffering of the animals involved: exploitation is an integral part of this industry.

We call on the government to create an animal rights commission to promote educational campaigns among the community about the industry's devastating cruelty to animals. It should also aim to prevent further breeding of greyhounds and to undertake research into how to care for the greyhounds currently in the industry.

In making this submission, Vegan Australia represents the significant number of Australians who believe that humans do not have the right to use animals in any way. These Australians express their views by eating a plant-based diet, avoiding animal products in other goods such as cosmetics and clothing, and refusing to support the animal entertainment industry, including horse racing, dog racing, zoos and circuses. Not using animals in these ways is not just a personal choice, it is an ethical decision. Many of these Australians advocate for animals and educate others. The values and expectations of these Australians should be taken into account.

In summary, Vegan Australia believes that animals have the right to be treated with respect and justice and not to be treated as property. We call for an immediate end of government support for the greyhound racing industry and a shut down of the industry itself.

This submission is also available as a pdf file.