Don't blame the messenger, the public has a right to know 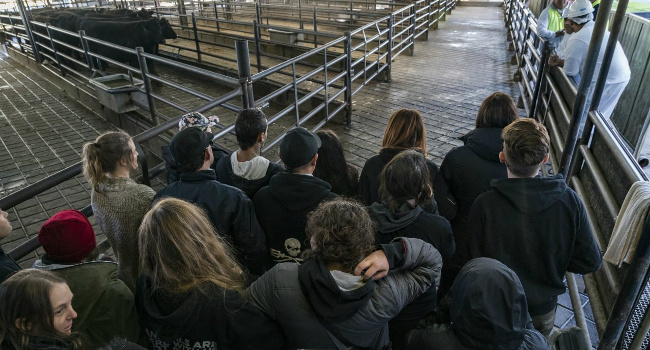 In a submission to a Senate inquiry into ag-gag laws, Vegan Australia has recommended that the Bill be rejected on the grounds that it is against the interests of both the Australian people and farmed animals and that it should be replaced firstly by legislation to open up the animal agriculture industry to full transparency, then by moves to phase out the industry entirely within ten years.

Vegan Australia welcomes the opportunity to make this submission to the Senate Legal and Constitutional Affairs Committee on the Criminal Code Amendment (Agricultural Protection) Bill 2019.

Before commenting directly on the Bill, we present some facts relevant to this discussion.

The introduction of this Bill, and many similar new 'ag-gag' laws in Australia and around the world, raises the question: What is the animal industry hiding? What is being covered up that they don't want us to see? Clearly these laws are a response to increasing reports and exposes of systemic suffering in the animal agriculture industries. These reports have come from concerned people who have risked criminal consequences to find out what the industry does not want the public to know. This exposure has led to a greater understanding of the sentience of animals by the public.

This Bill is not really about protecting the owners of agriculture facilities or their workers from intruders. It is about making it harder for the public to see the horrific treatment of farmed animals in Australia. The animal industry has a lot to hide. Below we list a few of the ways animals are harmed in the agriculture and slaughtering industries. The documentary Dominion has a more complete view. Note that all of these are standard legal practices. Note also that most of these would be illegal if done to a pet cat or dog.

The animal agriculture industry is using these new "tough laws" as a diversion and hopes they will result in a reduction in the exposure of the horrors inherent in the Australian animal agriculture industry. It is a blatant attempt to prevent further scrutiny. But the law will be too late. The truth is already there in thousands of hours of footage and countless images gathered over many years.

To learn more about animal agriculture in Australia, we urge those who are deciding on this Bill to watch the documentary film Dominion, available at www.watchdominion.com.

This Bill is part of a wider campaign to vilify people acting out of concern for the wellbeing of animals, which has even seen the Prime Minister calling them 'shameful, un-Australian' and 'green-collared criminals' and the NSW Agriculture Minister calling them 'vigilantes and thugs'. The goal is to dissuade people from engaging in ethical behaviour by inciting hatred and prejudice toward those who do.

If this Bill becomes law, it will be punishing the messenger and letting those who commit the real crimes against animals go free. Rather than opening up the animal industries to more transparency, the law would make it a crime for people to demand such transparency.

The passing of this Bill would be damaging to the community and to consumers. It would hinder consumer access to information and the right to know matters of crucial importance to society, that being the way animals are raised and killed for their bodies to be turned into food.

Even the proposed legislation suggests this is the case. It does not mention the personal safety of workers. Rather, its target is behaviour that "would cause detriment to a primary production business".

There are already in this country laws that allow for prosecution of people who incite others to break the law. In addition, well established trespass laws already exist and adequately fulfil their objectives. This new law is redundant.

We support the submission by the Legal Services Commission of South Australia, which says it "considers that the new offences are unnecessary" because "there are already significant and appropriate sanctions against this type of behaviour."

Replace law with protection of animals

What the legislation should be doing is educating the public on the suffering of farmed animals, explaining to the public how to live healthily without animal products, encouraging the public to go vegan and assisting the animal agriculture industry to research alternative ways to use the land.

In summary, we recommend that this Bill be rejected on the grounds that it is against the interests of both the Australian people and farmed animals. It should be replaced firstly by legislation to open up the animal agriculture industry to full transparency, then by moves to phase out the industry entirely within ten years.

We also strongly support the submissions to this inquiry made by Paul Mahony and Peta Australia.