Do prisoners have the right to vegan food? 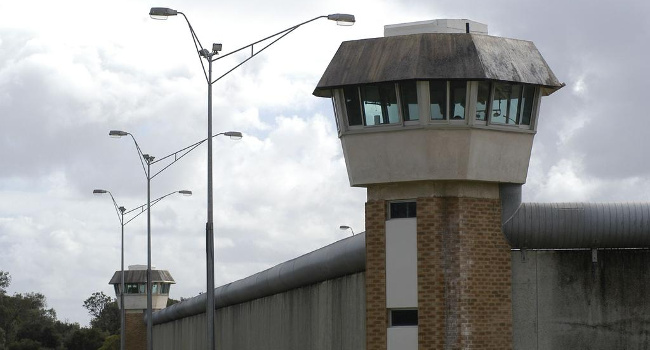 What rights do people who eat a vegan diet have when they are in prison?

The right to freedom of belief is given by the International Covenant on Civil and Political Rights, by which Australia is bound. The right encompasses the freedom of thought on all matters, including beliefs such as ethical veganism. It also covers the freedom to manifest such beliefs in a broad range of acts, including "the observance of dietary regulations" and "the wearing of distinctive clothing".

The Australian Human Rights Commission states that prisoners are entitled to enjoy their human rights, including the rights given by the International Covenant on Civil and Political Rights as described above.

The Standard Guidelines for Corrections in Australia, that have been adopted by all of the State and Territory governments, state that "special dietary food should be provided where it is established such food is necessary for medical reasons, on account of a prisoner's religious beliefs, because the prisoner is a vegetarian, or where the prisoner has other reasonable, special needs."

According to the Prisoner Handbook published by Legal Aid Western Australia, prisoners "are to be provided with nutritionally balanced and varied meals that meet your individual dietary needs. You must be provided with adequately nutritious and healthy food, and fresh drinking water to maintain health and wellbeing. You should receive special food if you require it for medical reasons, or to meet established cultural or religious needs."

The Guiding Principles for Corrections in Australia include "Prisoners are provided with well presented, sufficient nutritious food that is adequate for adult good health and wellbeing at regular intervals." and "Food meets prisoners' cultural, religious and dietary needs, and complies with legislation, security, food handling and storage requirements/standards."

The West Australian Department of Justice has confirmed special meals are provided for prisoners on vegan diets.

The Department goes on: "Where it is requested to meet established cultural, religious or other special needs and is in accordance with the special meal guidelines, special dietary food should be provided where practicable."

"This includes special meals for those on vegetarian diets or vegan diets."

So, yes, vegans do have the right to vegan food in prison. This is good news. Officially at least, vegan meals are available in prisons. Whether they actually are is another matter.

According to animal activist James Warden, who was in Hakea Prison in Perth for two days in April 2019, he was forced to go hungry because his dietary needs were not catered for. "Some of them just said, 'go and eat some meat' and that kind of thing," he said.

Vegan Australia will continue to investigate the issue of access to vegan meals in prisons. If you have any information please contact us. We would like to hear from anyone with personal experience or knowledge in this field.