Dietary Guidelines review: have your say! 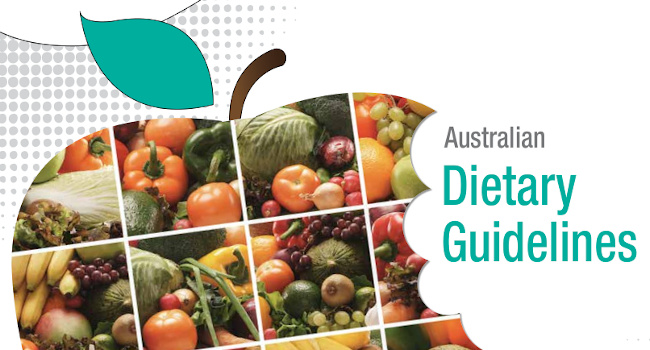 The Australian Dietary Guidelines, the standard that is used to guide the nation to healthy eating, is up for review and they want to know what you think should be changed or included.

Dietary guidelines are important. From public hospital menus to school food programs, Australia's dietary guidelines influence public and private health policy. Everyone on the front line of health care is guided by the advice. So, it needs to be accurate, independent and evidence-based.

Vegan Australia is encouraging you to complete the initial survey for the review, which is being overseen by the National Health and Medical Research Council. They are asking for the general public and professionals to share their reflections on the current guidelines. These were published back in early 2013, so a review is clearly well overdue!

This is the first step in what is expected to be a lengthy review process. Throughout, Vegan Australia will be a strong advocate for more support for vegan diets in the guidelines as well as a general shift from animal-based to plant-based foods in all areas.

The survey allows you to suggest four topics on food and nutrition to update and four to be added. Here are some suggestions for the topics. Use these or come up with your own.

Suggested topics to update in the guidelines

Suggested new topics to include in the guidelines

Note that the current guidelines do contain some good advice. The first two recommendations in the guidelines are to eat more vegetables, fruit and legumes/beans and to eat more grain foods, particularly wholegrain cereals. The improvements we would like to see are mainly about adding more emphasis to the evidence-based benefits of a plant-based diet, and for recommending plant foods over animal foods.

Read more about the survey, including permitted topics, at Review of the 2013 Australian Dietary Guidelines.

Note: the survey closed on Monday 15 March 2021. Thank you to everyone who completed the survey. Vegan Australia used the above suggestions to make a submission as well.

Can you help us? If you are a health professional who would like to help Vegan Australia in our advocacy for better Australian Dietary Guidelines, please get in touch with us.