Consumers moving away from cows milk to plant milks 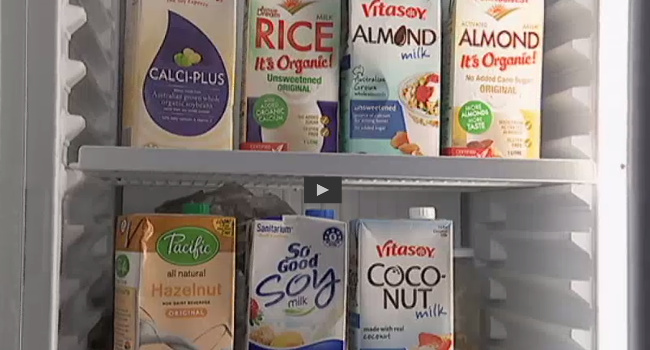 A recent ABC Landline program, Nut Milk, reports that Australians are lapping up non-dairy milks, such as soy, almond, hazelnut, coconut, oat and rice. Sales of these milks have been growing at 6% per year for the past 5 years. This reflects similar shifts in other countries, such as the 9% growth in sales of plant milks in the USA last year, compared to a 7% decrease in sales of cows milk. This trend is expected to continue.

The Soy and Almond Milk Market Research Report by IbisWorld says, "Increasing health awareness with regard to food consumption has boosted the popularity of non-dairy beverages, such as soy and almond milk. Soy milk accounts for the majority of industry revenue, due to its long-standing position in the industry and a preference among food-service establishments for soy milk."

The growth in the popularity of macadamia milk is giving rise to increasing macadamia nut farming. This is a good example of the kind of shift in industry that would occur during a transition to a vegan agricultural system, particularly in this case as macadamia farms and dairy farms require a similar type of land.

The program also highlights the Matcha MylkBar in St Kilda. This cafe is 100% plant based and is finding broad acceptance for its standard almond, coconut and soy milks.

The program features Tim McMaster from the Dietitians Association of Australia, who (arguably) says that cows milk is better for human health than plant milks.

However, the program fails to mention one of the most important reasons some people prefer plant milks: avoiding the suffering inherent in the dairy industry. For more information about this, see The Life of the Dairy Cow by Voiceless.