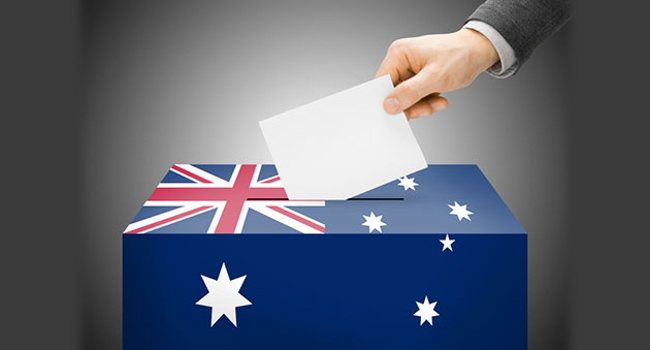 This article originally appeared in the May 2017 issue of The Australian Vegan Magazine (page 18).

As vegans, it's easy to feel powerless in a seemingly impenetrable political system. As politicians take hundreds of thousands of dollars in donations from animal agriculture (and more still from food companies), and with government policy reflecting this, it can be easy to believe that our voices don't matter. That we're just screaming into the void. But our voices do matter, and that void is receding as veganism becomes more mainstream. There are ways that we can make our voices heard in politics, where we can create meaningful change.

Politicians, despite their various reputations, are merely people. Like other people, they are generally interested in doing what is right (although their perspective on what is right may sometimes be twisted), and like other people they are influenced by those with whom they talk. Many vegans tend to avoid (or, at the very least, tend not to seek out) politicians; we believe that they will not listen to what we have to say, but by not talking with them, we turn that belief into a certainty. If you think the 'other side' has any such qualms, think again.

Politicians, and candidates, are frequently out and about, talking to the public. The lifeblood of a politician is their electorate, and they have to be seen to be listening to what their electorate has to say, whether they are truly interested or not. For vegans, this means that we're pretty likely to get a fair chance to put our point across. If you can't (or don't want to) meet with your local representatives, a letter (which is much more effective than an email, particularly if it's handwritten) or phone call to their electoral office, even if you only speak with staff, is immensely valuable. Be sure to ask for a response to show that you are serious and engaged, and forcing them (or, more likely, their staff) to put more thought into it than is required for simply reading a letter.

If you want to step it up to another level, joining a political party is a powerful and practical step to take. For a vegan looking to impact the political landscape, there's a few options. Joining an animal friendly party increases their membership numbers, provides them with money from your membership dues, and supplies them with your talent (if you choose to supply it). If, however, you feel that another political party better represents your other views, it doesn't have to be a choice between veganism and your other values. Party platforms are defined by the party membership; just as activism can convince members of the general public, activism within a party can help to sway other members, and ultimately the party as a whole, towards a more animal-friendly position. If vegans can alter the positions of established parties, we can alter the entire political landscape.

If changing hearts and minds behind the scenes isn't enough for you, there's another option: become a politician. If your instinct is to say 'hell no, I hate politicians', then you are exactly the kind of person we need in politics. Running for government is powerful, winning even moreso. If every seat, at every level of government, is contested by a vegan candidate, it would drastically change the conversation in this country. In recent years, the xenophobic right has largely managed this, they have drawn substantial coverage despite wielding little political power; with this coverage comes more power. Vegans can achieve the same with a message of compassion rather than exclusion.

Political candidates, as a rule, are falling over themselves to support agriculture, in particular animal agriculture. A vegan candidate can help to elucidate what they actually support: grinding up male chicks for eggs, the slaughter of male calves for dairy, the routine mutilations carried out without anaesthetic across the industry, the breeding of many species to distort their bodies, among the many other issues that vegans know about and the public closes their eyes to. Politicians do not want to support these things; they want to support the fantasy view of animal agriculture that we teach our kids. An opposing vegan candidate campaigning on animal issues forces mainstream politicians to clarify their support in a public way. If a vegan candidate wins, the vegan viewpoint is elevated for, at least, the duration of the political term.

It's important to take a moment to emphasise that, when talking about politics, we're not talking exclusively about national politics. State politics is just as, if not more, important when it comes to animal issues. Agriculture regulation, including animal welfare legislation, is set at a state level. Similarly, local politics has power over approvals for animal agriculture enterprises. Federal politics takes all of the glory, and there's certainly merits in focusing federally when it comes to media coverage, but vegans need to be active at every level. That's the only way we will see real change.

This raises the question of what positions we should take. When we talk to politicians, write letters, agitate in political parties or run for elected office, what ideas should we present to the world? In a world of political games, the answer may seem simplistic, but ultimately it's the only one that makes sense: advocate for what you actually believe in. If we want to see a vegan world, we have to advocate for that, and do so consistently. Failing to do so, and telling people what we think they want to hear, not only weakens our own positions, but also breaks the bonds of trust with those to whom we are advocating. Ultimately, we must be honest about what we actually believe.

Veganism is a powerful idea. As we can see by all that is happening around us, it is an idea whose time has come. But that, by itself, is not enough. There are powerful interests who want to maintain the status quo. They have many friends in governments, many of whom they have paid for, at all levels, across the political spectrum. If, as vegans, we want to change this, if we want to live in a more animal friendly country (and world), we need to actively engage. The more passionate, intelligent, informed vegans we have working for political change, the sooner we will see meaningful change for the better.