Caring for Life In Common talk 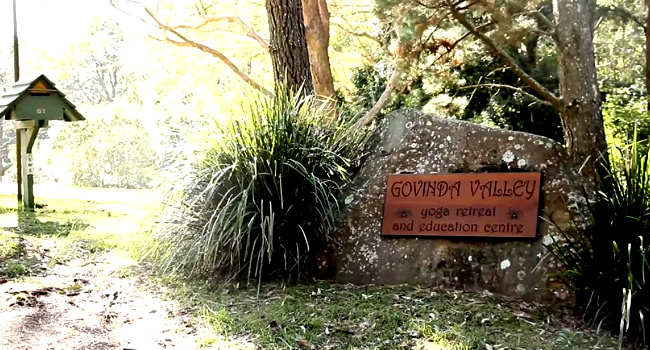 This is transcript of a talk given at the 'Caring for Life In Common Forum' at Govinda Valley Retreat Centre in Otford NSW on 1 March 2019.

Good afternoon. My name is Greg McFarlane and I am Director of Vegan Australia.

To make sure we are all on the same page, I'd like to start by giving the definition of veganism. Veganism is a philosophy and way of living which seeks to exclude, as far as is possible and practicable, all forms of exploitation of, and cruelty to, animals for food, clothing or any other purpose.

In short, veganism is about animals.

Many of us have had the good fortune to know some animals as individuals. We care for the animals we share our homes with and we get to know their personality and their wants and needs. We form emotional bonds with animals and even see them as members of our family. Most people really care about animals.

As they say at Edgar's Mission, "If we could live happy and healthy lives without harming others, why wouldn't we?"

This ability for humans to divide other animals into these two categories - those we love and those we eat - has been described variously as cognitive dissonance, moral schizophrenia, carnism or speciesism. Each of these terms tries to describe how and why people, who otherwise care about animals, justify to themselves the use of animals for food, clothing, entertainment, etc. Once we become aware of how our history and culture has shaped us in this way and we understand that humans have no need to kill or exploit animals, we are well on the way to becoming vegan.

As Eric Prescott has said, "We have so many alternatives that don't involve using animals as our things. Using animal products is unnecessary, it harms animals, and it inevitably makes us responsible for the killing of a sentient being - whose life is the only life that being has - for transparently trivial reasons."

The animal industries try hard to give us the impression that the animals we eat live contentedly on small family farms. The reality is that farmed animals are viewed simply as commodities and most live in factory farms under horrendous conditions. So-called "humanely-raised" animals are treated little differently to those in factory farms. They still suffer many of the same painful treatments and are still transported by the same means to the same slaughterhouses. Consuming supposed "happy" animals is not an ethical option. They are not "happy" to be exploited and killed for our pleasure. The creation of all animal products, whether on factory farms or not, unavoidably involves injustice and suffering.

In Australia, over 500 million animals are bred, raised and killed every year for food. Every second, 15 animals have their lives taken just so we can have a few moments of taste gratification.

Cows farmed for their milk are repeatedly impregnated and their babies are taken away from them soon after birth, destined for an instant death or a short life kept in a veal crate. The dairy cows are killed after a few years, when their milk production is no longer economical.

Chickens farmed for their eggs are kept confined to small cages or in crowded sheds. They have been bred to lay eggs at an unnatural rate and their bodies soon become exhausted and they are killed well before their normal life span. Newly born male chicks, unable to lay eggs, are either smothered or ground up alive immediately after hatching.

In the few minutes I have spoken so far, over 5000 animals have been killed for food in Australia.

All of these animals are literally babies. Chickens used for meat are killed at just 6 weeks old, far less than their normal 6 year lifespan. Pigs, whose lifespan can be 10 years, are killed at 6 months.

To see the truth about farmed animals in Australia, please watch Dominion, a film by Aussie Farms.

As Angel Flinn says, "Humans have no need for animal products, and the increasing number of vegans on the planet is a testament to how easy it is to live a healthy, fulfilling life without participating in the systematic abuse and unnecessary killing that goes on in the animal industry every day."

Veganism is about animals, and one of the criticisms we hear is that we should be helping people instead. It is clear that animals suffer and have emotions, as described in the book The Emotional Lives of Animals by Marc Bekoff. I have already outlined the immensity of the suffering caused by animal agriculture and, as Peter Singer says, "in suffering, the animals are our equals". So I think concern for animals should be a part of today's progressive movements.

In any case, being vegan ourselves does not stop us from doing anything else. We can fight for the rights of other people, without deliberately causing suffering to animals.

In addition, animal agriculture causes more than the suffering of animals. It also impacts people throughout the world, especially the powerless and the poor, in a number of ways.

As Thich Nhat Hanh, a Vietnamese Buddhist monk, says "Every day forty thousand children die in the world for lack of food. We who overeat in the West, who are feeding grains to animals to make meat, are eating the flesh of these children."

Over 20 million people will die this year as a result of malnutrition and approximately one billion people, mostly rural women and children, suffer chronic hunger. A lot of food that is currently fed to animals could instead be used to feed the world's hungry people directly. To produce just one kilogram of beef protein, it takes at least seven kilograms of grain and other plant protein to be fed to a cow. If crops grown for livestock production were instead used for human consumption, many times more people could be fed. Eighty percent of starving children live in countries that actually have food surpluses

the children remain hungry because farmers use the surplus grain to feed animals instead of people. To make the situation worse, sometimes developing nations grow animals to sell to wealthier nations because this is more profitable than growing fruits, vegetables and grains that could feed local people.

The havoc caused to the world environment by the billions of animals we raise and kill for food each year is huge. The U.N. has identified the animal industries as 'one of the most significant contributors to today's most serious environmental problems', including global warming, loss of fresh water, rainforest destruction, spreading deserts, air and water pollution, acid rain, soil erosion and loss of habitat. Vast areas of forest are cleared to grow crops to feed farmed animals. Animal agriculture emits about 50% of all greenhouse gases, when taken over a 20 year time scale. Large quantities of excrement produced by animal industries leak into rivers and oceans as pollution.

In all countries, a healthy environment is a pre-condition for the enjoyment of many human rights, such as life, health, and wellbeing. Global warming, caused to a large extent by animal agriculture, will have most impact on countries which are already suffering in terms of human rights and hunger.

Major causes of deforestation are growing cattle for meat and growing crops to feed farmed animals. Throughout the world, deforestation is often in areas occupied by indigenous peoples and their rights and interests are often ignored.

Eating animals normalises violence towards non-human animals. This allows us to disconnect the flesh on our plates from the animal whose body it is. This undermines our capacity for compassion and teaches us that it is OK to oppress the voiceless and weak to fulfil our desires. This topic has been explored by Dr Will Tuttle in his book, The World Peace Diet, where he considers how this unconscious learnt behaviour can then transfer into other areas of human life and kindle historical atrocities such as human slavery, conflicts and war. As Will Tuttle, says, "Until we are willing and able to make the connections between what we are eating and what was required to get it on our plate, and how it affects us to buy, serve, and eat it, we will be unable to make the connections that will allow us to live wisely and harmoniously on this earth. When we cannot make connections, we cannot understand, and we are less free, less intelligent, less loving, and less happy."

So far we've looked at the impact animal use and exploitation has on the animals themselves and also on people. I'll now quickly cover Vegan Australia. Our main role is to raise awareness about animal rights and educate people on living a healthy life while being vegan. We try to make veganism more mainstream, accessible and convenient. We lobby and have a number of campaigns, including a call for equitable access to vegan food, a shift in subsidies from animal production, medical courses to include vegan nutrition, better food labelling, vegan diets to be included in the Australian Dietary Guidelines, more vegan menu options in restaurants and environmental groups to take note of impact of animal agriculture. We make submissions to government enquiries on health, the environment, animal welfare, etc. We carry out research, such as the impact of a vegan agricultural system on the Australia economy, employment, environment and land use. We provide services for vegans and vegans-in-progress, including an extensive event listing of activism events, nutrition seminars, cooking classes, films, social events. We also have the Vegan Australia Certified symbol, which helps people choose products they can trust to be vegan.