Care for them then kill them 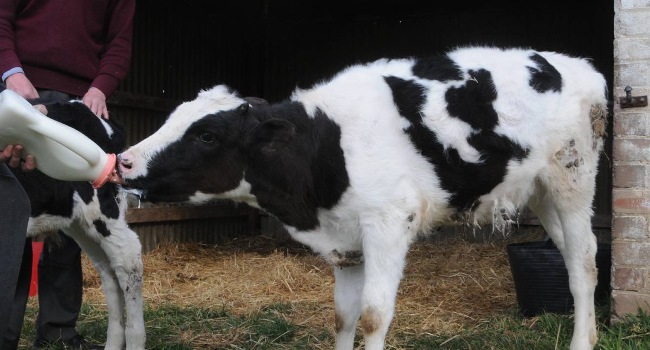 We are depriving children of a fair and just education by allowing 'animal husbandry' courses in schools. These teach children to commodify animals, to ignore their feelings of empathy towards them and to treat them as 'things'.

In our society, primary and secondary schools have a significant role in forming the behaviours and attitudes of our children and adolescents, so we need to be sure that those behaviours and attitudes are ones that will best serve both kids and their community, because only a healthy, aware, compassionate and critical thinking generation is likely to be one that can survive and overcome the very real challenges we all face.

Yet, when we look at various curricula within Australian schools, we see a variety of programs that do not present accurate information about the best ways to maintain health, as well as offering experiences that are very likely to distort those students' capacity for compassion and critical thinking.

A significant example is the existence of 'animal husbandry' courses in many agricultural schools as well as the virtual animal agriculture programs for all schools, for example, "Paddock to Plate", that teach children to care for and support the growth of animals as food. While these teaching practices claim to be supportive of educational goals and of helping students become more conscious consumers, there is real concern that such an education is both disturbing and damaging to their health, empathy and cognition.

More and more responsible health authorities and researchers are speaking out and amassing evidence that a diet which excludes animal products is the most supportive of human health and the most preventative of disease. Our students need to be learning how to feed themselves nourishing diets based on vegetables, fruits, pulses, whole grains, nuts and seeds. They do not need to be misinformed by lesson plans that encourage them to eat foods that will lead to their poor health, for example cows' milk, chickens' eggs and animal flesh.

Human and non-human animals bond and have done so since prehistory. We experience "reciprocal and persistent" affection and affiliation, and it improves our psychological and physical wellbeing. Yet, when we commodify these relationships, as occurs in animal agriculture, we create a situation that betrays the health of those bonds, the health of ourselves, and the health of our society. When we teach our children to raise and then slaughter animals for food, we are educating them to ignore their feelings of attachment, empathy, and grief, to be mortally violent towards someone they care about, and to perceive those they care about as "things" that have monetary value. It would be naive indeed to think that this would not have wider implications on their other relationships and psychological growth.

As an extremely social species, human beings seem hardwired to seek and maintain connections with each other, and with those other animals we see and/or spend time with. Unless it impacts on profits, animal agriculture supports a certain level of care and welfare for animal "products", which inevitably sets up the humans and animals involved to care for each other.

When a farmer trucks her/his animals off to the slaughterhouse, it is assumed that s/he is emotionally pragmatic about saying goodbye to her/his "produce". However, we have only to look at the intense bereavement and trauma displayed by farmers when they have had to slaughter their animals on their farms due to natural disasters or disease outbreak, to recognise that they do become very attached to those animals with whom they spend their lives. It can only be imagined then how much greater the trauma and grief experienced by children and adolescents, whose emotional and social intelligence is still developing, when they are involved in programs that require them to nurture a fellow creature, necessarily become attached to that creature, only to then either personally or vicariously murder that friend.

One of the most valuable tools a person can be given is the capacity to critically think about any information that is presented to them. A primary or secondary student who is taught to recognise distortions of the truth, as well as fallacies of logic, has an internal safeguard against manipulation and propaganda. However, by teaching children that unhealthy foods are health-promoting, by not teaching children that animal agriculture is one of the most environmentally destructive industries, and by ignoring the animal rights "ethical elephant" in the room, we deprive those children of their right to a fair and just education.

For the majority of nonvegans, school programs that bring children in contact with animals would be seen as benign and positive, probably because they live with the cognitive dissonance that prevents their seeing the exploitation of animals as unnecessary and wrong. It is up to vegans therefore to protest the existence of these programs, educate regarding the issues involved, and create alternatives that promote health, wellbeing, and justice for all.