Canada recommends high plant diet for health and the planet 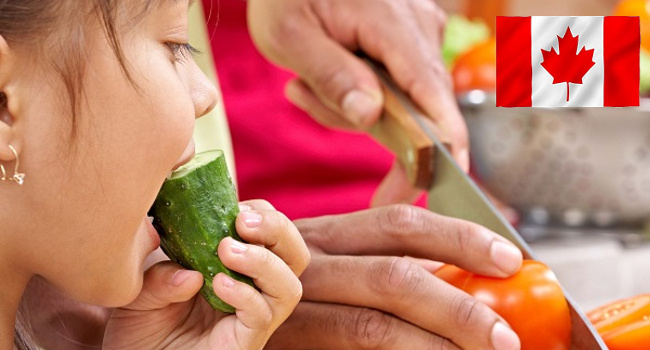 Canada has just released a new draft healthy eating guide with a heavy emphasis on plant based whole foods and with no "dairy food" group. As it says "What is needed is a shift towards a high proportion of plant-based foods".

This is a great example of what the Australian Dietary Guidelines should look like at the next review (due in about five years). The Canadian guide shows that scientific bodies can break away from the influence of animal foods industries and promote evidence-based eating patterns.

The good news is that the summary of the Canadian Food Guide is only a few lines long, with most of it recommending non-animal based foods and with an emphasis on whole foods. Health Canada recommends:

The "dairy food" group is no more, being replaced by the advice to consume a variety of nutritious foods and to drink water.

The authors have also included the health benefits of a healthy environment in their considerations, stating "in general, diets higher in plant-based foods and lower in animal-based foods are associated with a lesser environmental impact". Environmental impacts include greenhouse gas emissions, soil degradation, decreases in water quality and availability, and wildlife loss.

What does this mean for Australia?

In 2012, Vegan Australia began implementing a 3-step plan to lobby for moving the Australian Dietary Guidelines from the old meat-heavy recommendations to 100% plant based. We are almost halfway there!

Vegan Australia will continue to work towards a truly vegan Australia. If you share our vision, get involved!