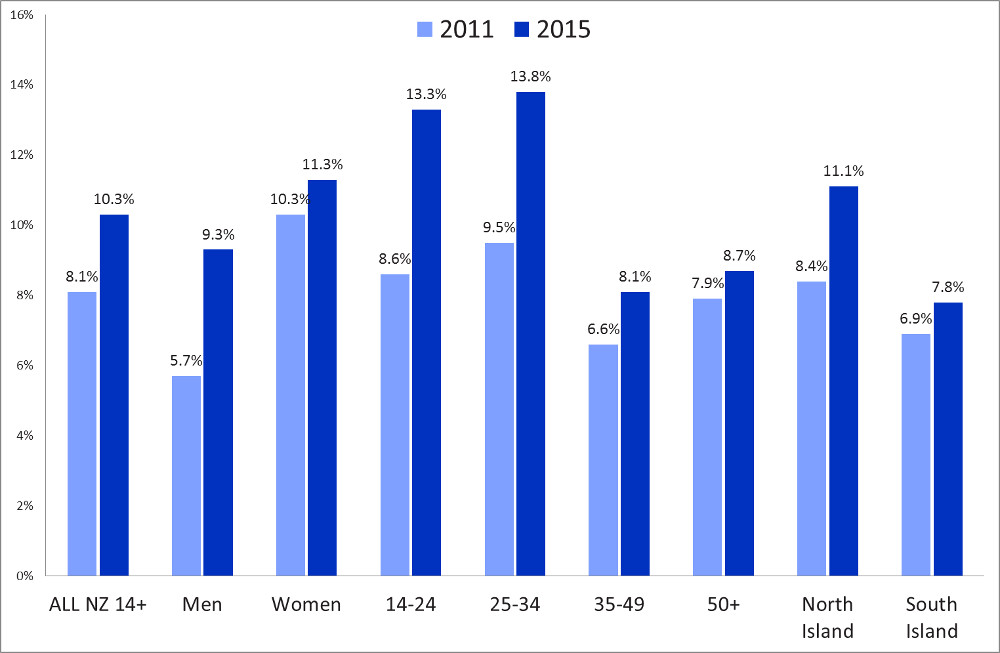 New survey results from New Zealand suggest a marked increase in the number of people who are including animals in their circle of compassion. More than one in 10 New Zealanders now say they are always or mostly vegetarian.

A survey by Roy Morgan has found that the proportion of New Zealanders who say the food they eat is all, or almost all, vegetarian has grown 27% in the past five years, largely due to more men changing their diet.

Stephanie Lane, from the NZ Vegetarian Society, suggests that the increase in the number of men is because plant-based diets are becoming more acceptable. She says that the rise in the number of plant-based champion athletes, body builders and ultra marathon runners, as well as famous celebrities, is influencing men. "It is dispelling all those myths about vegetarians being pale and weak and puny" Stephanie said. Jordan Wyatt from Invercargill Vegan Society said that more and more men are moving away from cultural stereotypes and peer pressure.

Parts of the survey results were contradictory, saying "many vegetarians do still buy meat, whether for themselves or their families. In fact, almost half (48%) of New Zealand's vegetarian grocery buyers purchase some form of fresh meat during the week."

The research did not ask people if they were vegan, but it did show that vegetarians were more likely to avoid dairy foods than the average New Zealander, and hence potentially have a vegan diet. The survey did not ask why people chose a vegetarian diet.

So the survey does not help us answer the question: How many vegans are there? But the increase in numbers, particularly men, is a very good sign.