Australian farmers ignoring the cow in the room 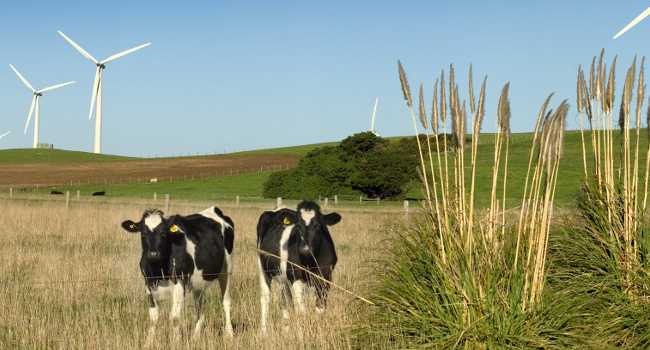 The recent Australian Farmer Climate Survey has found that 90% of farmers are concerned about damage to the climate and want more action on climate change.

Farmers are experiencing rapid changes on their land as well as in weather patterns, observing changes in rainfall, more frequent or intense droughts, flooding and heatwaves.

The results of the survey are reflected in the views of farming organisations. The country's peak farming body, the National Farmers' Federation, has updated its thinking on the issue. It now recognises that climate change poses a significant challenge for Australian farmers.

The effects of climate change on agricultural production are already being felt. Research by the CSIRO has found that wheat yield potential has declined by 27% over the past 25 years. The probable cause of this is crop water stress and warmer seasonal conditions due to global warming.

However, the survey, run by Farmers for Climate Action, did not ask any questions regarding the contribution of animal agriculture to climate change. While Farmers for Climate Action supports renewable energy, such as solar and wind power, it ignores the fact that animal agriculture is responsible for 50% of worldwide and Australian greenhouse gas emissions.

As the United Nation's Food and Agriculture Organization has said in the report Livestock's Long Shadow: "The livestock sector emerges as one of the top contributors to the most serious environmental problems, at every scale from local to global. The findings of this report suggest that it should be a major policy focus when dealing with problems of land degradation, climate change and air pollution, water shortage and water pollution, and loss of biodiversity... The impact is so significant that it needs to be addressed with urgency."

Farmers are right to be worried about the effects of climate change, but if they are serious about tackling this issue they must also do something about the huge negative impact caused by animal agriculture.

Vegan Australia will continue to push for governments and non-government organisations to accept the evidence that animal agriculture is the greatest contributor to global warming and the devastation of our environment.