Australia can be vegan in 10 years 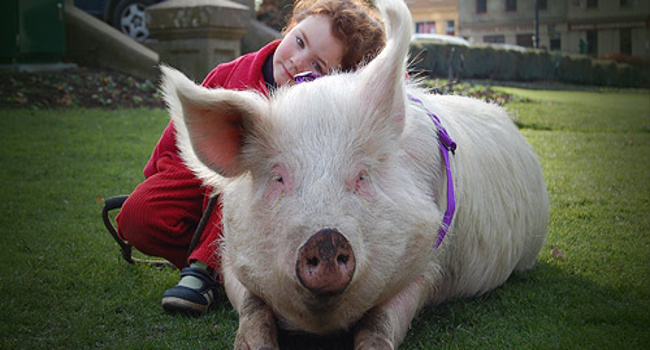 This article originally appeared in The Australian Vegan Magazine and is republished here with permission.

Vegans strive for a world where animals are no longer exploited for food, clothing or any other purpose.

A vegan world is something all vegans should look forward to, but how long do we have to wait for this to happen? Should we just say "one day sometime in the future"? Or should we be more explicit, say "10 years"? By making an explicit time frame for the end of animal production and consumption, we make the concept more tangible to others and so more achievable. Also, we can start planning to make the transition as smooth as possible.

Vegan Australia is working towards a vegan world. Their consistent message is that this is achievable, at least in Australia, in 10 years. Vegan Australia has looked at the impact this would have on the economy, jobs, land use, environment, greenhouse gas emissions and health. Their research shows that not only is this possible, but it is highly desirable.

Vegan Australia has also presented this case to government inquiries into topics as varied as animal welfare, agriculture, the dairy industry, fisheries, "free range" meat and eggs, Indigenous health and chronic health. This consistent message that all use and exploitation of animals should end has been well received. One report released by a government inquiry into agriculture acknowledged that "there are some Australians who do not consider it appropriate to use animals for commercial purposes". This is a significant step forward in moving to a vegan Australia. One productivity commissioner even acknowledged that the Vegan Australia submission was "well argued and seems consistent in its logic".

After looking at the facts, the impacts will not be as great as many people might fear. For example, do you know what percentage animal agriculture industries contribute to the Australian economy and employment?

Animal agriculture industries contribute about 1.2 per cent to both the economy and employment. Surprising, but true. Using a time scale of 10 years, if we phase out animal agriculture, it will affect about 0.1 per cent of the economy and jobs per year. While this is a still a large task, if responsibility for the costs are shared by the community as a whole, this is enough time for economic adjustments to be made to minimise disruption. Over this time, the breeding of farmed animals will be reduced each year until the only farmed animals remaining are those living out their lives comfortably on animal sanctuaries.

While there will be some costs to this transition to an animal-free agricultural system, these will be far outweighed by the benefits. Of course, the main and most important impact will be on the half a billion animals now killed every year in Australia for food. These sentient beings will no longer be bred, raised and slaughtered.

A major benefit will be to the environment, which will begin to recover from decades of overgrazing. Forests and woodlands cleared for animal farming will regrow and greenhouse gas emissions will be substantially reduced.

Another benefit is that the health of Australians is likely to improve. Plant-based diets can help prevent and reverse chronic diseases such as heart disease, type 2 diabetes and some cancers, all major killers of Australians.

From an economic, environmental and health standpoint, ending animal production and consumption is both possible and beneficial. The major hurdle now is to get social acceptance. The animal industries currently enjoy significant support from the community, but this largely stems from the community's ignorance of standard practices in animal agriculture and massive direct and indirect advertising of animal products, much of it misleading in the way animal agriculture is presented.

Changing public awareness may seem like an insurmountable task, but it is heartening to note that 99 per cent of the community is against cruelty to animals and that the majority of people already believe that vegan diets can be healthy. Given the right information, the public will come to support the complete phasing out of animal agriculture in Australia.

This is where vegans can work together to raise awareness and educate the community about animal sentience, animal exploitation in agriculture and a healthy vegan diet. Here are a few things you can do to spread the vegan message to help animals, people and the planet.

The stakes are high. Future generations will look back on how we are now breeding, raising and killing billions of animals for food in the same way we now wonder how people of the past could have engaged in innumerable horrific acts over the course of human history. Let's aim high. Let's bring about a vegan world in 10 years.

Source: Australia Can Be Vegan in 10 Years

This article is copyright protected and cannot be reproduced, distributed or transmitted in any form or by any means without written permission from The Australian Vegan Magazine.