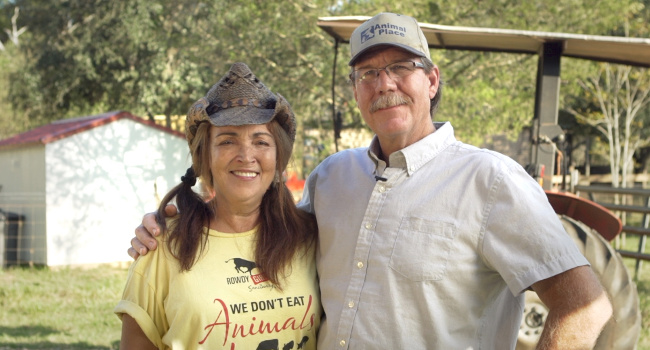 Two Australian vegan filmmakers have recently won international awards for their short films about an animal sanctuary in Texas. The filmmakers, Chee Wei Tay and Alana Tompson, are based in Melbourne and won the three awards at the 50th Houston International Film Festival.

The pair, who are based in Melbourne, Australia, joined forces in October 2016 and flew over to Texas to craft a series of short films with a vegan message.

The three films were shot entirely on-location in Angleton, Texas at Rowdy Girl Sanctuary - an animal sanctuary that has gained international attention for their inspiring story. Rowdy Girl Sanctuary was the first cattle ranch to have had a compassionate change of heart and now rescues animals, providing them with a place to live out their lives in peace.

On winning the awards, Alana remarked, "I honestly wasn't sure that we would have much of a chance in such an established film festival, given that there was a vegan message in all of our films. But it seems like the world is really changing and this result is testament to that."

Chee Wei and Alana are currently working on several vegan productions that they can use to inspire and hopefully change the world.