Around Australia: March To Close All Slaughterhouses 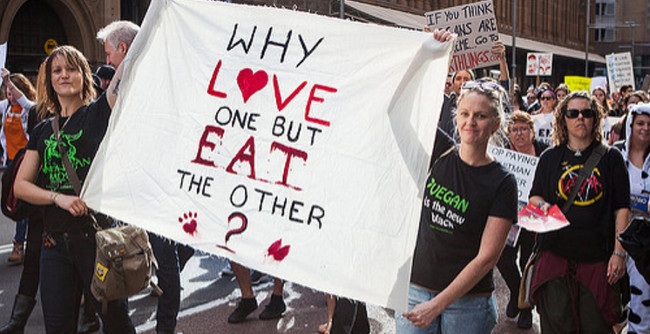 This Saturday 4 June 2016, people around the world will gather together and march to bring awareness to the suffering and terror of the billions of animals in slaughterhouses and in the entire animal production industry. In Australia there will be marches in Sydney, Melbourne, Brisbane, Adelaide and Hobart.

This is an international event that began in Paris 10 years ago and is now held annually in France, USA, Australia, Turkey, Belgium, Canada, Germany, United Kingdom, Brazil, Switzerland and many other countries.

The marches are a way to bring awareness to the public of the suffering and exploitation of millions of animals every day. They also act as a way to bring the animal rights community together in solidarity.

In Australia the marches have been growing rapidly every year and organisers expect this year's marches to be the biggest ever.