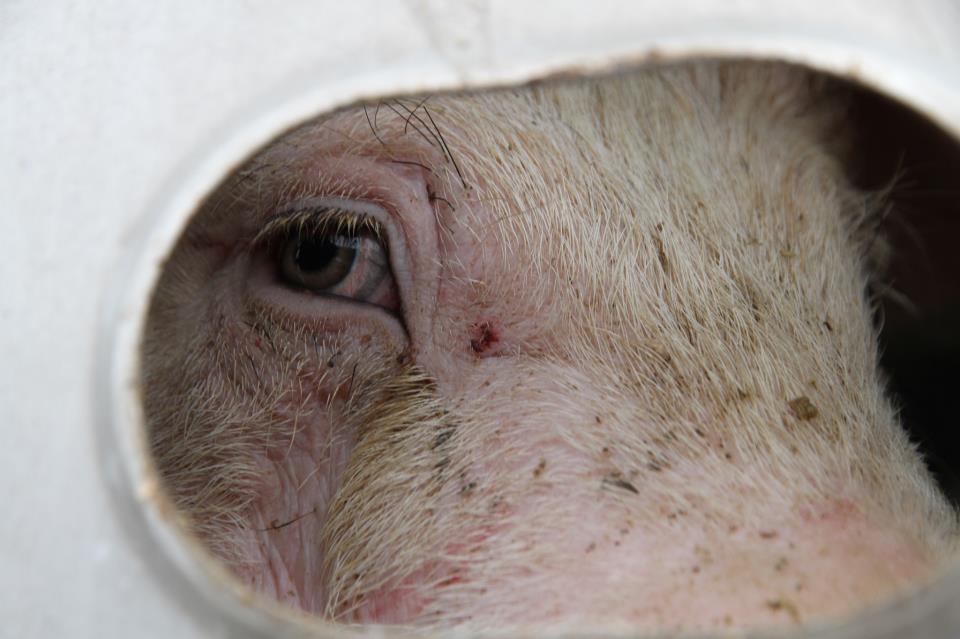 Many of us have had the good fortune to know some animals as individuals. We care for the animals we share our house with and we get to know their personality and their wants and needs. We form emotional bonds with animals and even see them as members of our family. Most people really care about animals.

"If we could live happy and healthy lives without harming others, why wouldn't we?"
- Edgar's Mission

This ability for humans to divide other animals into these two categories - those we love and those we eat - has been described variously as cognitive dissonance, moral schizophrenia, carnism or speciesism. Each of these terms tries to describe how and why people, who otherwise care about animals, justify the use of animals for food, clothing, entertainment, etc. Once we become aware of how our history and culture has shaped us in this way and we understand that humans have no need to kill or exploit animals, we are well on the way to becoming vegan.

"We have so many alternatives that don't involve using animals as our things. Using animal products is unnecessary, it harms animals, and it inevitably makes us responsible for the killing of a sentient being - whose life is the only life that being has - for transparently trivial reasons."
- Eric Prescott

The animal industries try hard to give us the impression that the animals you eat live contentedly on small family farms. The reality is that farmed animals are viewed simply as commodities and most live in factory farms under horrendous conditions. So-called "humanely-raised" animals are treated little differently to those in factory farms. They still suffer many of the same painful treatments and are still transported by the same means to the same slaughterhouses. Consuming supposed "happy" animals is not an ethical option. They are not "happy" to be exploited and killed for our pleasure. The creation of all animal products, whether on factory farms or not, unavoidably involves injustice and suffering.

In Australia, over 500 million animals are confined and killed every year for food. Every second, 15 animals have their lives taken just so we can have a few moments of taste gratification.

"Humans have no need for animal products, and the increasing number of vegans on the planet is a testament to how easy it is to live a healthy, fulfilling life without participating in the systematic abuse and unnecessary killing that goes on in the animal industry every day."
- Angel Flinn

Cows farmed for their milk are repeatedly impregnated and their babies are taken away from them soon after birth, destined for an instant death or a short life kept in a veal crate. The cows are killed after a few years, when their milk production is no longer economical.

Chickens farmed for their eggs are kept confined to small cages or in crowded sheds. They have been bred to lay eggs at an unnatural rate and their bodies soon become exhausted and they are killed well before their normal life span. Newly born male chicks are either smothered or ground up alive immediately after hatching.

Like animals used for food, sheep farmed for wool are considered property and are bred and enslaved to be products for humans. Being treated as a product, means that the life and interests of the sheep are barely considered. Also, sheep have been bred genetically to increase the wool they grow and hence maximise the profit the farmer makes. This breeding results in their skin forming folds where insects can lay eggs and which must be cut off in a painful process called "mulesing". Like chickens, after their "productivity" declines, they are killed.

The animals we use and eat do not live comfortably on idyllic farms, as some honest research will quickly reveal. The flesh on your plate comes from the body of sentient beings who value their own life and who did not willingly give it up to you. There is a better way, for you and all animals.

Well documented examples of the suffering routinely caused to animals used for food are numerous and easy to find. Note that these show suffering caused by standard farming practices. While unusually cruel treatment does occur, the standard treatment of farmed animals is enough to warrant the end of animal farming. Below are some links to more information.

Image: This beautiful pig is in a transport truck moments away from the slaughterhouse where she will be killed. (Toronto Pig Save)