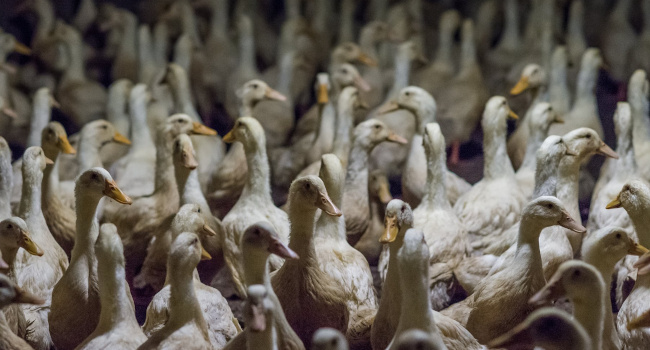 The NSW animal welfare laws are currently under review and the NSW Government says that "protecting the welfare of animals is a priority" for the Government. In its submissions to the review, Vegan Australia argues that if the welfare of animals really matters to the Government then the only way to stop the suffering of the almost half a million animals bred, raised and killed in NSW for food every day is to stop farming them. The laws should fully protect the interests of animals. The goal of the laws should be to completely phase out the use of animals for any purpose, including animal agriculture.

Read our submission below.

Vegan Australia is pleased to have the opportunity to provide general comments on the Discussion Paper of the NSW Animal Welfare Reform.

Vegan Australia believes that the public consultation on the NSW Animal Welfare Reform is an opportunity to reflect on our use of farmed animals for food, clothing and other products, on animals used in entertainment, and on animals impacted in other ways by humans. It is an opportunity to consider alternative products that promote compassion and put an end to the unnecessary suffering and killing of over 150 million animals each year for food in NSW.

The fact is that all this suffering and killing is for no good reason. Humans have no need for any animal products and in particular are able to live healthily on a plant based diet. This is the view of most national health bodies, including the Australian Dietary Guidelines.

The reform of the NSW animal welfare laws is an excellent opportunity for the Government to really make the welfare of animals the primary goal of the law, by enforcing that animals must not be used in any way.

The discussion paper states that "protecting the welfare of animals is a priority of the NSW Government." Vegan Australia submits that animals' welfare and security would best be met by them not being used by humans in any way and that the law should be used to protect their interests only.

Regarding farmed animals, if their welfare really matters to the Government then the only way to stop the suffering of the almost half a million animals bred, raised and killed in NSW every day is to stop farming them.

To this end, Vegan Australia recommends that the laws be modified to fully protect the interests of animals. The goal of the laws should be to completely phase out the use of animals for any purpose, including animal agriculture. Animals value their own life and body and have an interest in continuing their existence and avoiding suffering. They have the right to be treated with respect and justice and not to be treated as property.

Production of products from animals necessarily results in the suffering and/or death of individual animals. Humans have no need for any products from animals, including for meat, milk or other products. Since there are non-animal based alternatives to all these products, the breeding, raising, using and killing of animals is not necessary for humans to live.

Vegan Australia believes that the pleasure of taste of the flesh or milk of an animal and the utility of other animal products do not outweigh the pain, suffering and death caused to individual animals that is an integral part of the production of these products. No reforms, laws or standards will be enough to change this.

The laws should take into account the well accepted scientific principles that animals are sentient, that humans have no need for any animal products and that the animal industries are having a significant negative impact on the environment.

First, farmed animals are sentient, emotional and social animals. Sentience means they are aware of their physical and social environment, they able to feel fear, pain and distress as well as happiness and pleasure. Farmed animals have emotions and needs just as human beings do. They react emotionally to their own achievements and are self-aware.

Third, raising and processing of animals for food is a major cause of environmental damage, including land degradation, water shortage, deforestation, ocean degradation, air pollution and climate change. We must take into account the costs to the environment of the animal agriculture industry, including to soils, waterways, forests and native vegetation and its contribution to global warming.

Together these principles suggest that the animal welfare laws should not suggest "better" ways to dehorn, disbud, tail dock, castrate, use an electric prodder, electro-immobilise, induce, spay, web, tie up, brand with a hot iron, tag, tattoo, electro-ejaculate, inseminate, intensively house, pen and kill farmed animals, whether by shooting, captive bolt, electrocution or cutting the throat. They should state that none of these procedures should be necessary. They should give guidance on how to eliminate this industry and replace it with an industry based on compassion for animals, people and the earth.

In conclusion, we recommend that the NSW animal welfare laws be modified to prohibit the use, exploitation and ownership of any sentient being. This should include the phasing out of the animal agriculture industry and should be implemented within a reasonable time scale of about 10 years.