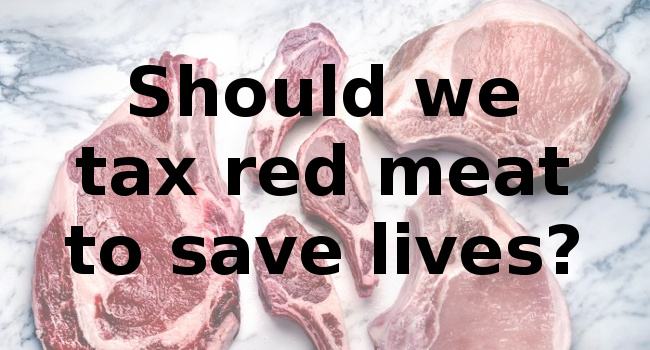 In a surprising media release this week, the Australian Minister for Agriculture, David Littleproud, claimed that "red meat is essential to a healthy diet."

His views contradict major nutrition organisations, including the Australian Dietary Guidelines, which state that diets without meat are healthy and nutritionally adequate and are appropriate for individuals during all stages of the lifecycle.

Littleproud also claimed that universities, such as Oxford University, are "irrelevant" and that the World Health Organisation is not "living in the real world" because it released a study showing that meat is linked to increased cancer risks. He used the word "garbage" to describe parts of an Oxford University study suggesting that a meat tax may save lives. He said "If other countries want to follow this madness and tax meat good luck to them but it won't happen here."

His views do not represent the views of many Australians. In a poll run by the ABC this week, 75% of respondents said "Yes, we should tax red meat."

The ABC article reporting the Oxford University study is more rational, as shown by these excerpts:

"If you didn't already know, eating too much red and processed meat is not great for your health.

"Beef, lamb and pork were labelled carcinogenic - or having the potential to cause cancer if eaten in a processed form - by the World Health Organisation years ago.

"To combat the health risks associated with red and processed meat, researchers in the UK and America have put forward a meat tax.

"The tax, they claim, could prevent 220,000 deaths globally each year, and save over US$40 billion in healthcare costs.

"Taxing items that are bad for your health is not a new idea; the Australian Government already taxes cigarettes and alcohol, both of which are also carcinogenic.

"In the study by the International Food Policy Research Institute in the US and the University of Oxford in the UK, researchers calculated the meat tax for around 150 countries.

"Basically, researchers estimated how red and processed meat affect the risk of developing a chronic disease, then how much it costs to treat those diseases.

"The study estimates that in 2020, 2.4 million people will die from red and processed meat attributed deaths."

Vegan Australia supports a tax on meat and other animal products. We also propose that health warnings be placed on animal products, especially processed meats, to inform the public that they are carcinogenic, as found by the World Health Organisation.